So once again Holy Week has arrived–the “final days of Jesus” with the Last Supper, Passover, and Easter falling in a back-to-back cluster this weekend, just like they did in the time of Jesus.  Just about everything about this week is controversial. Did Jesus eat his last Supper on a Tuesday, Wednesday, or Thursday night? Was that last meal a Passover or a meal the night before Passover? What day of the week was Jesus’ crucifixion–Wed, Thursday, or Friday. What day was the tomb found empty–Saturday night or early Sunday morning. I think all these questions can be answered clearly and rather definitely–as well as the year of the crucifixion–which ranges from 29-33 CE in various views. Here is my take on this cluster of questions with links to much much more–including the very nature of the Last Supper–which I think was an invention of Paul as it is practiced today. If you are interested in these matters read on, and whether you agree or disagree I think you will learn something new.

This Wednesday is the 14th of the Jewish month of Nisan, with the festival of Passover beginning at sundown as the 15th of Nisan begins. Jews around the world will gather to solemnly remember and celebrate the LORD God who brought enslaved Israel out of Egypt this night with a strong Hand (Exodus 13:9; Deut 4:7; 16:1). Hundreds of thousands of Christians will join in the celebration, convinced that the “Last Supper,” on the night Jesus was betrayed, was in fact a Passover meal, stirring a bit of controversy in some Jewish circles, see here and here.  if you would like to delve a bit deeper into the historical side of things, particularly what was going on in the year 30 CE, in Jerusalem, leading up to the night Jesus was betrayed, his crucifixion, and what followed, here is a series of posts that will take you through the week, touching on many of the mysteries and controversies this convergence of Jewish and Christian traditions and memories of Jesus’ Last Days in Jerusalem have stirred.

What Did Paul Claim to Have Seen? “Last of All He Appeared to Me”

The Waco Branch Davidian Tragedy: A Failed Utopian Vision?
Parlez-vous Français? My New Book “Marie” is out in French 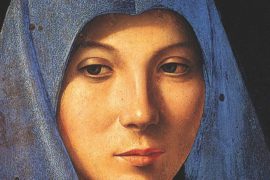