Jews, Christians, and Muslims all affirm the doctrine of “resurrection of the dead” as a central tenet of eschatology–that is, the understanding of the “last things” or how human history is to end. One common misunderstanding, especially among Christians, is that resurrection of the dead is equivalent to the idea of corpse revival, namely that in order to “make the dead live” (which is the literal Hebrew expression), God would somehow revive the physical bodies of those who have long since perished and turned to dust or ashes–or otherwise been completely absorbed into our planetary ecosystem. This view of resurrection of the dead is often given the label of “literal,” which is taken to mean “actual.”  In other words, in the case of Jesus, unless one believes Jesus’ corpse was “literally” raised to life–i.e., his dead and mutilated body was revivified–then his resurrection would not be “literally” true. The alternative idea, that the “old body” is left behind, like a worn out form of clothing, with the dead “returning to life” in a new transformed state or “mode of being,” is often seen as a threat to Christian apologetics–i.e. the faith that Jesus was truly raised from the dead.

What such a view misses is two important things. First, our earliest source for Christian faith in resurrection are the letters of Paul–who clearly affirms a “literal” but spiritual resurrection–for both Jesus and those at the end of history. The dead are raised in an embodied form–but their bodies are no longer “flesh and blood,” but transformed into what he calls a “pneumatikos” body–that is a non-physical “spiritual” mode of being. As Paul puts it–as Adam was “dust of the earth,” so Christ, as a “new Adam,” is a transformed “life-giving Spirit.” Second, the early Christian view of resurrection for the most part developed along similar lines. For most sophisticated Christian thinkers the resurrection of the dead, though seen as “bodily,” was no longer “flesh and blood” and did not necessitate any revival of the literal bones or perished remains of the deceased. After all, only a tiny fraction of human beings who have ever lived on this planet have identifiable “tombs” or graves, from which they might be raised. Clearly the idea of the dead “coming forth from their graves” might be viewed as “actual” but surely not “literal.” Using metaphors to express concepts beyond our physical experience is not robbing the concepts that lie within the metaphor of reality.

I realize that some of the latest gospel accounts of the “sightings” of Jesus present us with Jesus’ physical body–eating meals and displaying his wounds as “proof” that he is no “ghost,” but these have to be laid out chronologically alongside the complex of “appearance” traditions. I have written rather extensively on these subject in both my books (The Jesus Discovery and Paul and Jesus), with a good summary here in this blog post: “Why People are Confused about the Earliest Christian View of Resurrection of the Dead.” When all our accounts are taken together I am persuaded that Paul’s view of “leaving the old clothing behind” was the earliest–and was shared by the first witnesses he names in 1 Corinthians 15–namely Peter, James, the Twelve, and the “500” brothers. It is in that “sense” that I use the term “sensible,” in my title–i.e. the best reading of the historical accounts we have as they developed and evolved through the decades following Jesus’ death, as I lay out below.

The discussion of the important differences between the Greek affirmation of the “immortality of the soul,” and the Jewish concept of “resurrection of the dead,” is an essential part of this discussion. Most students of Christian Origins are introduced at some point to Oscar Cullmann’s classic Ingersoll lecture at Harvard in 1955, “Immortality of the Soul or Resurrection of the Dead?: The Witness of the New Testament,” subsequently published with other of his essays in an edited volume, Immortality and Resurrection (Macmillan) by Krister Stendahl, now out of print–but one can read a PDF version online here. What Cullmann showed so clearly is that one must not gloss over the important differences in these two classic Western ways of viewing death and afterlife. However, a half century of research subsequently has shown that the theological differences Cullmann pinpoints are not as airtight as they might appear, when viewed through the lens of the critical historian of ideas. The magisterial study of Alan Segal, Life After Death: A History of the Afterlife in Western Religion changes the entire landscape of the discussion in this regard. Its rich content and analysis is essential to any informed discussion.

If anything one finds that there is a blurring between the sharp distinctions that Cullmann posited, with Jews affirming “resurrection of the dead,” or even “resurrection of the body,” in complex and nuanced ways, often parallel to so-called “Greek” views of immortality. One result is that the literal physical remains of the dead play little to no part, other than in a metaphorical way, in the more sophisticated affirmations that the “dead” experience ongoing existence either in another realm, or in an age to come. Thus in the book of Revelation (20:11-13), the “sea gave up the dead that were in it,” and those resurrected dead “stand” before the throne of God in judgment, but the writer obviously has no interest in affirming a literal recovery of “bones and flesh,” or reanimated corpses, long ago “returned to dust.”

Jews and early Christians were quite aware of the complex nuances of their affirmation of “resurrection of the dead,” and that a literal view of restored “bones and flesh” was not their central concern nor their most fundamental challenge. There was something much more profound at stake that had to do with an “anthropological” view of the whole human person–thus Paul’s category of a “new body,” but a spiritual one, not one of flesh and blood. This was in contrast to the “naked” state of death, before the spirit is “reclothed.” We are essentially dealing with metaphors here but the clothing analogy seems to be a good one, as Paul develops it in 2 Corinthians 5. He apparently likens the body of flesh and bones to old clothing, and one’s immediate “death” as a naked state of the disembodied “spirit,” (i.e., Greek “immortal soul”). Accordingly, putting on a “new spiritual body” is akin to putting on new clothing, with the old shed or left behind. In that system of understanding resurrection literal “tombs” are irrelevant, whether literally in the ground, or symbolically “in the sea.”

That is why finding the decayed bones of Jesus in an ossuary, as might well be the case Talpiot tomb in Jerusalem, as I have argued here on this blog and extensively in our book, The Jesus Discovery, does not contradict the earliest faith in Jesus’ resurrection by his first followers. What has happened is that people have conflated the later accounts in the Gospels, especially in Luke and John, where Jesus clearly appears as a “revived corpse” and even asks for food to eat–declaring himself to be “flesh and blood,” with the much earlier views the gospel of Mark (with no appearances of Jesus), the fragment ending of the Gospel of Peter, and Matthew–that are much more compatible with Paul’s earlier view (50s CE) of “seeing” Jesus’ spiritual body. The idea those who “sleep in the dust” awakening, or the sea “giving up” the dead that are in it, makes it crystal clear that resurrection of the dead has to do with a transformed “heavenly” existence, not a revival of the scant remains of those long ago turned to “dust and ashes” as the phrase goes (Daniel 12:2-3; Revelation 20:13). One might also recall that, according to Jesus, those who experience the “age to come” and the resurrection of the dead, are transformed into an “angelic” state, no longer male or female with physical bodies (Luke 20:34-38).

Keith Akers, author of The Lost Religion of Jesus: Simple Living and Nonviolence in Early Christianity, has a thoughtful post from a few years back titled “Implications of the Jesus Family Tomb at Talpiot” at his Website which is as relevant today as when he first wrote it. I really appreciated Akers’s book on Jesus and learned a lot from him. I have found anything he writes to be well thought through and valuable to read. In his on the Talpiot Tomb he raises the issue of how diverse groups of early Christians began to formulate their understanding of what was essentially affirmed in the teaching of “resurrection of the dead,” whether that of Jesus, or the raising of the dead more generally at the end of the age. 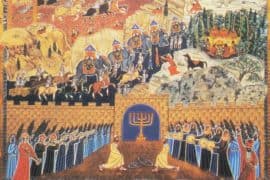