I just finished a Biblical Archaeology Seminar in which I gave a lecture titled “Was John the Baptizer Greater than Jesus? The Fading of a Prophet” based on our New Testament gospel materials and the book of Acts. I build my case substantially on the ways in which John is increasingly marginalized and minimized, from our earliest gospel Mark to our latest John, but also on a unique and valuable Hebrew manuscript of Matthew that has significantly different readings on John the Baptist than our Greek text of Matthew. My position is that Jesus joined John movement, honoring him as the initiator of the messianic movement, and subsequently joined him in preaching and baptizing to prepare the Way before the impending judgment. See these extensive six-part “Essays on John the Baptist,” for the primary evidence upon which I rely.

Any number of our early Christian sources record that the Gospel of Matthew was originally composed in Hebrew. We have fragmentary quotations of various versions thereof from writers like Jerome, but we also have three separate manuscripts of Matthew in Hebrew that have survived, the most valuable of which is Even Bohan [EB], also know as “Shem Tov” [ST]. George Howard, who published a critical text and translation of this work in 1995, argued that it was not merely a Hebrew translation of our Greek Matthew–but that it showed evidence of an independent origin. I found his arguments, as well as his responses to his critics, quite convincing, which you can find linked here. Here are some of my rough notes on the Hebrew Matthew of Even Bohan with bibliographical sources for further reading and study.

The 14th century polemical treatise Even Bohan [see Isaiah 28:16] was written by Rabbi Shem-Tob ben-Isaac ben-Shaprut [Ibn Shaprut], a Castilian Jewish physician who later lived in Aragon. The 12th/ 13th book of this work contains a Hebrew version of the complete text of Matthew. EB completed in 1380 CE, revised in 1385 & 1400. This is not to be confused with the Sebastian Münster (1537; dedicated to Henry VIII under title The Torah of the Messiah); or Jean du Tillet (1555) versions of Hebrew Matthew. In 1690 Richard Simon mistakenly identified Shem-Tob’s Matthew with the versions of Münster and du Tillet.

George Howard’s edition based on nine manuscripts of Shem Tov dating from 15th to 17th centuries; namely British Library Add no. 26964 for chapters 1:1-23:22; and JTS Ms. 2426 for 23:23-end is available here, with notes and responses by critics arguing the text is late. 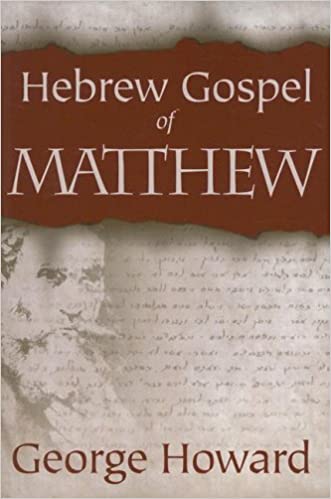 Shem-Tov’s text is basically Biblical Hebrew (Vav Consecutive predominates) with a mixture of Mishnaic Hebrew and later rabbinic vocabulary and idiom. In addition the text reflects considerable revision to make it conform more closely to the standard Greek and Latin Gospel texts. The underlying text, however, reflects its original Hebrew composition, and it is the most unusual text of Matthew extant in that it contains a plethora of readings not found in any other codices of Matthew. It appears to have been preserved by the Jews, independent from the Christian community.

It sometimes agrees in odd ways with Codex Sinaiticus. It contains some striking readings in common with the Gospel of John, but in disagreement with the other Gospels. It is very likely that the author of John polemized against the portrait of John the Baptizer that he found in as text such as ST’ Hebrew Matthew. He might well have then known a Shem-Tov type Matthean text. ST also often agrees with the Lukan version of Q. ST also contains 22 agreements with the Gospel of Thomas.

N.b. Sinaiticus, Q, and Thomas were all lost in antiquity but found in modern times-making the parallels with ST all the more remarkable.

Howard argues that Shem Tov did not create the Hebrew Matthew himself (e.g., translating from the Latin) but had an existing Hebrew text to work with-as he sometimes comments on its scribal errors and strange readings. Matt 11:11 is a good case in point, as the Greek, Latin, and all other Matthean witnesses contain the qualifying phrase: “nonetheless, the least in the Kingdom of heaven is greater than he.” Shem Tov comments on the unique Hebrew version he is following, and how its lack of such a phrase implies that John is greater than Jesus. If he were translating from the Latin, Greek, or any other version such a comment would be meaningless.

Papias (Eusebius, H.E. 3.39.16) “Matthew collected the oracles (ta logia) in the Hebrew language, and each interpreted them as best he could.”

Irenaeus, Adv. Haer. 3.1.1 “Matthew also issued a written Gospel among the Hebrews n their own dialect while Peter and Paul were preaching at Rome and laying the foundations of the church.”

Origen (Eusebius, H.E. 6.25.4) “As having learnt by tradition concerning the four Gospels, which alone are unquestionable in the Church of God under heaven, that first was written according to Matthew, who was once a tax collector but afterwards an apostle of Jesus Christ, who published it for those who from Judaism came to believe, composed as it was in the Hebrew language.”

Eusebius, H.E. 3.24.6 “Matthew had first preached to Hebrews, and when he was on the point of going to others he transmitted in writing in his native language the Gospel according to himself, and thus supplied by writing the lack of his own presence to those from whom he was sent.”

Epiphanius (ca. 315-403), bishop of Salamis, refers to a gospel used by the Ebionites (Panarion 30. 13.1-30.22.4). He says it is Matthew, called “According to the Hebrews” by them, but says it is corrupt and mutilated. He says Matthew issued his Gospel in Hebrew letters. He quotes from this Ebionite Gospel seven times. These quotations appear to come not from Matthew but from some harmonized account of the canonical Gospels.

Jerome also asserts that Matthew wrote in the Hebrew language (Epist. 20.5), and he refers to a Hebrew Matthew and a Gospel of the Hebrews-unclear if they are the same. He also quotes from the Gospel used by the Nazoreans and the Ebionites, which he says he has recently translated from Hebrew to Greek (in Matth. 12.13).

We have quotations from such a source from Cyril of Jerusalem, Jerome, Origen, Didymus, Clement of Alexandria.

None of these surviving quotations seem to have any relationship to our current version of Shem Tov’s Even Bohan.

Ø Preaching to the Gentiles is not mentioned, and is even called the work of the “anti-Christ” in Matt 24:14-15: “And this gospel will be preached in all the earth for a witness concerning me to all the nations and then the end will come. This is the Anti-Christ and this is the abomination which desolates which was spoken of by Daniel as standing in the holy place. Let the one who reads understand.”

Ø John the Baptizer plays an exalted role: Matt 11:11 “Truly, I say to you, among all those born of women men has risen greater than John the Baptizer.” Phrase “yet he who is least in the kingdom of heaven is greater than he” is missing. In the Lucan parallel (7:28), mss. 5, 475* and 1080* also omit the qualification. The same reading is inferred in the Pseudo-Clementine Writings, Rec 1.60.1-3, where one of the disciples of John argues that his teacher is greater than Jesus, Moses, and all men and thus the Christ. Also, in Rec 1.63.1 Peter taught the disciples of John not to allow John to be a stumbling-block to them. Matt 11:13 “For all the prophets and the law spoke concerning [al] John” in contrast to the Greek: “For all the prophets and the law prophesied until John.” Matt 17:11 “Indeed Elijah will come and will save all the world” in contrast to the Greek: “Elijah does come, and he is to restore all things.” Matt 21:32 “Because John came to you in the way of righteousness and you did not believe him. But violent men and harlots believed him and you saw it and did not turn in repentance. Also afterward you did not repent to believe him. To the one who has ears to hear let him hear in disgrace.” These words are directed to his disciples (v. 28), not to the chief priests and elders as in the Synoptic Greek tradition. The kind of polemic found in the Gospel of John appears to be directed toward an evaluation of John the Baptizer such as that found in ST Matthew. Similar reflective evidence is found in Luke-Acts and the Pseudo-Clementines (noted above). John 1:7-8-He is a witness to the light, but is not the light 1:15, 30-He who comes after me ranks before me, for he was before me 1:20-I am not the Christ; nor Elijah 1:26-27-Not worthy to untie his sandals 3:30-He must increase but I must decrease 10:41-John did not sign; Jesus did many (20:30) Indeed Bultman argued that the Prologue was a hymn of the Baptist community, now recast to refer to Jesus (Gospel of John: A Commentary, 17-18). Luke-Acts 3:20-22 John is in prison-then only is baptism of Jesus mentioned!  Luke drops Mark’s moving account of the death of John (Mark 6//Luke 9). Acts 18:25-Apollos knows only baptism of John. Acts 19:1-7-Twelve from Ephesus that only know of John’s baptism

Reviewed by William L Petersen (then at UND) JBL 108:4 (1989): 722-726. Peterson argues that the Dutch Liége Harmony (copied ca. 1280), contains many parallesl to ST, thus showing it is not so “primitive” after all in its unique readings. ST is derived from medieval traditions allied with the Vetus Latina, Vetus Syra, and Diatessaron.

Horbury, William. “The Hebrew Text of Matthew in Shem Tob Ibn Shaprut’s Even Bohan,” in W. D. Davies and Dale C. Allison, Jr., A Critical and Exegetical Commentary of the Gospels according to St. Matthew. Edinburgh: T&T Clark, 1988), pp. 729-38. 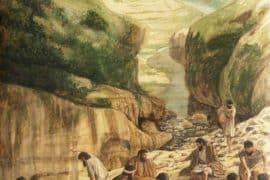 Why Jesus and his Apostles Never Received a “Christian Baptism” Prof. Strange’s Review of The Jesus Dynasty (Part 3) 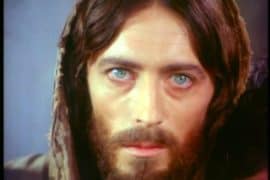 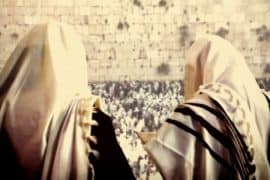 One or Two Messiahs?–What Christians and Jews Have Overlooked