In this new six part series I present responses to essays offered in my course at UNC Charlotte on “John the Baptist.” John is the most underrated figure in Christian tradition, rarely given his due as a messiah and inaugurator of the movement Jesus himself arose from. The responses are by my former student, Jeff Poplin, now a USAF Lt Colonel and fighter pilot, graduated with honors from the Air Force Academy. Jeff wrote them without notes in response to exams given in the course! They offer a good, concise, and rather extraordinary summary of what we covered in the course:

Topic: Discuss the complex of traditions found in the Hebrew Bible concerning the expectation of messianic or redemptive figures, whether Prophet/Teacher, Priest, or Davidic King/Ruler. Briefly cover the origins of the basic idea of “anointed figures,” in ancient Israel, then examine the main texts, images, concepts, and ideas, related to the arrival and mission of specific redemptive/messianic agents.

To discuss the basic idea of “anointed figures” (Messiah, Christ/Christos), one must first examine how or with what such figures are anointed. Oil, we are told, is the substance chosen to do the deed so to speak. Exodus 30:22 is our introduction to how God (YHVH) instructed Moses to make this “messiahing” oil from cinnamon, cassia, spices, etc. and how to anoint an individual, thus making them a Messiah. Psalm 45:7 also refers to this by recording God has anointed you with the “oil of gladness.” From the instruction of Moses, this ritual has come to symbolize the making of an ordinary individual into a public figure, one set apart from the others for having been chosen and gone through the rite of passage. Incorporated into this theory or idea of having importance to become anointed, the anointer must be greater than the anointed. 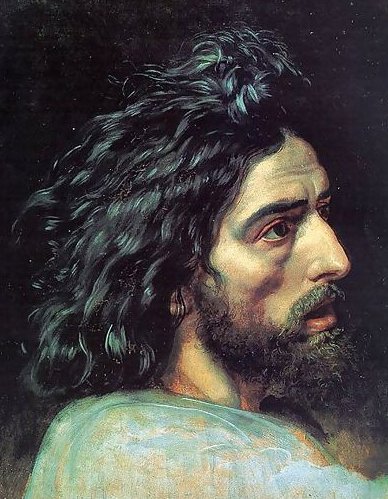 Numerous examples can be found to support this: Exodus 40:13 Moses anoints Aaron making him the first messiah in the biblical traditions (priestly), I Samuel 10 shows how Samuel anointed Saul, and I Kings 1:39 Zadok anoints Solomon. Again we can see the importance placed by the Israelites on this ritual of taking oil and actually pouring it onto the head of another to anoint him. Isaiah 61:1 talks about the spirit of the Lord God is upon me because the LORD has anointed me. Another reference surprisingly appears in Sirach 45:15 addressing the occasion of Moses anointing Aaron as the first messiah with the holy oil. However, it is not only this ritual the people are interested in, it is the person. Throughout the Old Testament, one can find examples of the Hebrews looking for and believing in an “anointed” individual. They see him as coming or arriving on the scene and having a mission from God to carry out. Although they look for the anointed, this does not necessarily imply it is one individual. However, a text may not present multiple messiahs but individuals looking at texts with an idea or notion of two and sometimes three messiahs may apply such a concept. In the middle appears the Teacher/Adon, with a Kingly and Priestly messiah on his right and left side. One indication of this comes in Exodus 17:8-12. Moses is pictured in the middle with Aaron (a Levite) on one side and Hur (Judah) on the other. Looking back to the anointing of Aaron, since he was from the tribe of Levi, he is considered the represent the priestly christ or messiah. Traditions in I Samuel show the tribe of Judah represented by Saul, David, and later Solomon is the other half of the equation being a kingly messiah. Zechariah also contains a three-figure scenario in which one may see three messiah-like figures. Zechariah 4:2-4, 13 has a lampstand of gold centered (Adon) and is flanked by two olive trees on opposing sides. Psalm 80 reinforces the position of the right hand in verse 17, “let your hand be upon the one at your right hand.” To highlight the priestly messiah theme, one must turn to Psalm 110:4, “you are a priest according to the order of Melchizedek (one who blesses Abraham in Genesis 14). With the arrival of one or both Messiah figures, the texts explain a mission he/they are to engage in to save the Israelite race from the evil doers. Isaiah 9:1-7 is a good example of events to come upon his/their arrival. The beginning is signaled through the arrival of a child, appearing as a light in the land beyond the Jordan (Gentile territory). Once in power, this occupant of the “throne of David” (Isaiah 11:1) will bring endless peace, establish and uphold justice, and authority will rest on his shoulders. Isaiah 11 continues explaining the rule of the Messiah, this shoot out of the stump of Jesse. He shall judge the poor and meek, bring peace so the calf will lie with the wolf, and wolf with the lamb. Most endearing to the people in Isaiah 11:10-16 when the messiah will restore all the lost tribes of Israel from Assyria to Egypt, from Elam to Hamath. Part of the messiah’s mission too is to occupy the “throne of David,” ruling Judah (Jeremiah 22:30). Their Messiah will come with the clouds and to him is given dominion and glory and kingship that all nations should serve him (Daniel 7:13-14). Although the term “messiah” or “Davidic messiah” is never used in the Hebrew Bible, the most complete portrait of a Davidic Messiah can be found in Isaiah 2, 9, 11, and Micah 5.

For further reading see these additional “John the Baptist'” posts on my blog: 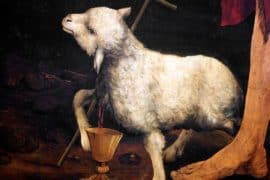 Can A Pre-Christian Version of the Book of Revelation Be Recovered?
Essays on John the Baptist: Messianic Expectations (2)