I recently came across the photo of Geza Vermes below taken at Qumran, the site of the Dead Sea scrolls community. I was reminded of my time with him in January 2008 in Jerusalem. Here is what I wrote in 2013 upon hearing of his death. 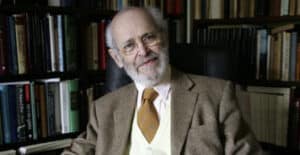 Geza Vermes, famed scholar of Christian Origins and spet in the Dead Sea Scrolls died yesterday after a prolonged battle with cancer just short of his 89th birthday (obituaries in the NY Times and The Economist here and here.) I last spent time with him in January 2008 in Jerusalem at the Princeton Theological Seminary’s Conference on the Talpiot tombs. We sat together on the front row through most of the conference, ate a few lunches, and even took a trip together down to Qumran with a number of other conferences attendees–including Alan Segal and Jane Schaberg (who have also since died), April DeConick, James Charlesworth, and Geza’s dear friend and feature writer Val Hemingway, who had come to the conference with his encouragement. The last time I saw Geza was the day after the conference when the cab the hotel had called to take him to the Ben Gurion airport had not showed up. He was beginning to feel a bit nervous and worried he might miss his flight. I called a trusted driver I knew who came immediately and was able to wisk him off to the airport with time to spare.

Mark Goodacre has a collection of obituaries and memories of Vermes on his blog, including this personal reflection.

Geza Vermes was a legend.  It is rare for a scholar to make so massive an impact in the guild in different areas, the study of early Judaism and the study of Christian origins.  His Penguin  paperback, The Dead Sea Scrolls in English, was for many of us our first encounter with the scrolls, and the book has remained in print for decades.  His scholarly contributions on the scrolls as well as on other areas in early Judaism have been seminal, yet he will perhaps be best remembered for his work on Christian origins, and especially the Historical Jesus.

It has almost become a cliché to point out that his Jesus the Jew (1973) was revolutionary, but its impact was indeed massive.  I remember seeing the book for the first time in our home when I was a teenager in the 1980s and being somewhat taken aback by its title and its appearance, with lots of Stars of David all over it.  In the early 1970s, with the new quest for the historical Jesus still in full swing, it was still de rigueur for Jesus to be depicted as some kind of Lutheran figure championing his gospel in contrast to a law championed by petty legalists.  The exciting thing about reading Vermes’s book was that he had actually read the rabbinic texts that many a New Testament scholar only pretended to know.

Mark provides a nice video clip that captures the vintage Vermes style as well as some other links.

Over the years Vermes and I had various exchanges, including our polite but pointed disagreements in the pages of Biblical Archaeology Review over the newly released Dead Sea Scroll fragment 4Q281–the so-called “Slain Messiah” text that had attracted international attention in September 1992 with a front page story in the New York Times, a feature in TIME magazine and a segment on PBS’s McNeil-Lehrer Report. 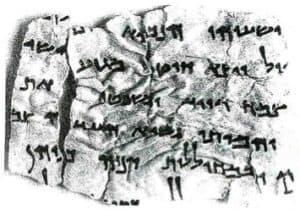 Vermes called into question the translation of Michael Wise and Robert Eisenman, I replied to Vermes, he responded to me, and Eisenman then offered a final summary word, all of which you can read here. One hears little about this fascinating text today and certainly Vermes’s reading and interpretation has received majority support, however, I still remain open to our original interpretation–especially in the light of subsequent work by Israel Knohl, Michael Fishbane, and others on the notion of a “Suffering Servant” figure at Qumran, see my post “The Making of a Messiah: Did Jesus Claim to be the Messiah and Predict His Suffering and Death?” 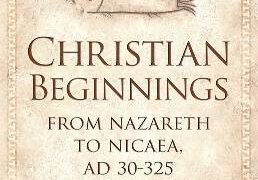