I wanted to thank Bart Ehrman, my colleague down the road at the University of North Carolina at Chapel Hill, for inviting me to guest post on his popular Blog. My post, titled “The Historian and the Supernatural,” will appear in two parts–today and tomorrow. I have also agreed to respond to comments as I have time over the next few days.

Bart’s Blog is unique–you have to become a member in order to fully participate. Non-members can see teasers for the latest posts–which come 3-5 times a week–but not the whole, whereas members can comment, interact with Bart directly, and gain access to a host of other features laid out on his site. Bart’s posts cover an extraordinarily broad range of topics related to his field of Christian Origins.

Take a look at his Member Landing Page and I think you will be quite amazed. The cost is minimal and 100% goes to feeding the hungry. I have been a member for years and from time to time have posted links to his membership page, encouraging my readers to join because I think it is among the best out there. We agree and disagree on many things, which is as it should be, but always in good faith and collegiality.

Bart and I have known each other since we both landed “down South” (me at William and Mary and later at UNC Charlotte) from parts further north back in the 1980s! In the old days we used to have these wonderful seminars together a couple times a year in what we called SCRAM (Study of the Culture and Religion of the Ancient Mediterranean), an informal group of regional professors who used to get together to share research. That was before either of us had stepped out much into the wider public arena–as we were both Assistant Professors, beginning our publishing careers. Yes, hard to believe it has been that long. From time to time I have promoted Bart Ehrman’s Blog here on my own site. I have admired him for the many hours he devotes to sharing glimpses of the life of a New Testament historian and academic with his wider public. Not only do we share the same field of Christian Origins (or more properly “Ancient Mediterranean Studies), but we both publish non-specialist trade books which have reached Best Seller status–and both of us have shared Shimon & Schuster as a trade publisher.

Please consider signing up for a membership and join me for a discussion over at Bart’s blog–You won’t regret it! 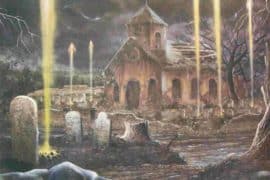 Why a “Spiritual” Resurrection is the Only Sensible Option
What Did Paul Claim to Have Seen? “Last of All He Appeared Also to Me” 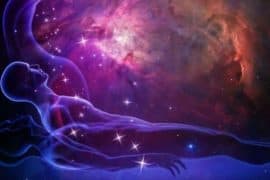