I know many of my readers are interested in the unfolding saga of the Moses Shapira “Deuteronomy” scroll that broke into worldwide headlines last March. If you missed the story or are a bit vague on the particulars, here is a post I did in mid-March, “A Shapira Dead Sea Scrolls News Roundup” that will bring you up to speed. In future posts I plan to write about why this particular “Deuteronomy” scroll interests me so much–even though I work primarily in Christian Origins. If Shapira’s sixteen leather “strips,” wrapped in linen with a sticky black wax like coating and found in a cave east of the Dead Sea in 1868, turn out to be authentic the implications are enormous–and not just for Hebrew Bible studies–but the late 2nd Temple period as well. More on that later.

A lot has been happening since–mostly behind the scenes, as scholars have hashed out the question of the authenticity of these fascinating manuscripts–pro and con–on sites like academia.edu. If you want to do a deep dive into things you can do a search for “Shapira” at that web site. I am working closely with a small team of “Shapirologists” as we jokingly call ourselves, among them the two authors Ross Nichols and Idan Dershowitz. What we are uncovering is quite amazing–mostly from archives in England, German, and Israel–materials related to these “Deuteronomy” strips that have not been looked at since 1883. Dershowitz and I just completed an article for Biblical Archaeology Review that will appear in a forthcoming issue, setting forth some new evidence for authenticity–with much more to come.

Ross Nichols has begun a new series over on his blog site that I highlighted here on my blog last Sunday, August 1st. His focus is on the fateful month of August, 1883–and what was going on with the Shapira manuscripts in London as they were being examined by Christian David Ginsburg and other scholars. He is posting day by day, new details about that entire period that we have uncovered. It is quite a fascinating and untold story, to say the least. Take a look at at yesterday’s post–and there is another up today–and you can follow the unfolding saga day by day: 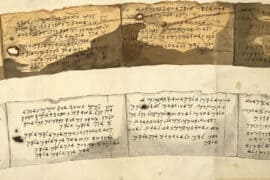 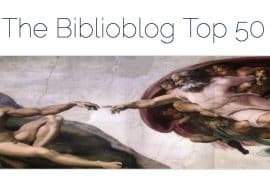 Looking Back on Fifteen Years of Blogging
Gleanings from the Didache: A Short Overview