Note to the reader: During the “Covid Summer of 2020” I spent about a month digging through old files from my University of Chicago days–back when I was writing my dissertation at the University of Chicago under Jonathan Z. Smith. I found so many treasures, including these handwritten notes I had forgotten about from Smith’s reading of my final draft. The line “It’s a damn good piece of work, and one of which you should be proud” pretty well put me through the floor and gives me a shiver to this day. Smith was by far the most stimulating scholar I ever worked with and to have this evaluation from him was worth the decade I spent writing this!

I also found some precious handwritten letters from Morton Smith, who also marked just about every page of the manuscript with helpful–and sometimes emphatically forthright corrections and suggestions.  In one note he said: “Please read my comments while sitting down.” He did not hold back much of anything. Smith was not on my committee and was at Columbia, but he was kind enough to work through the whole and help me with access to several unpublished Hebrew manuscript texts along the way. This was an old style scholarship that is more rare today. Spurred by these discoveries, I spent another month working through the published version of the dissertation and revising it here and there–not so much to update as to correct and clarify many points along the way. It was quite an adventure, which I recount below, and the result was the publication of a new edition of that work now titled Paul’s Ascent to Paradise. 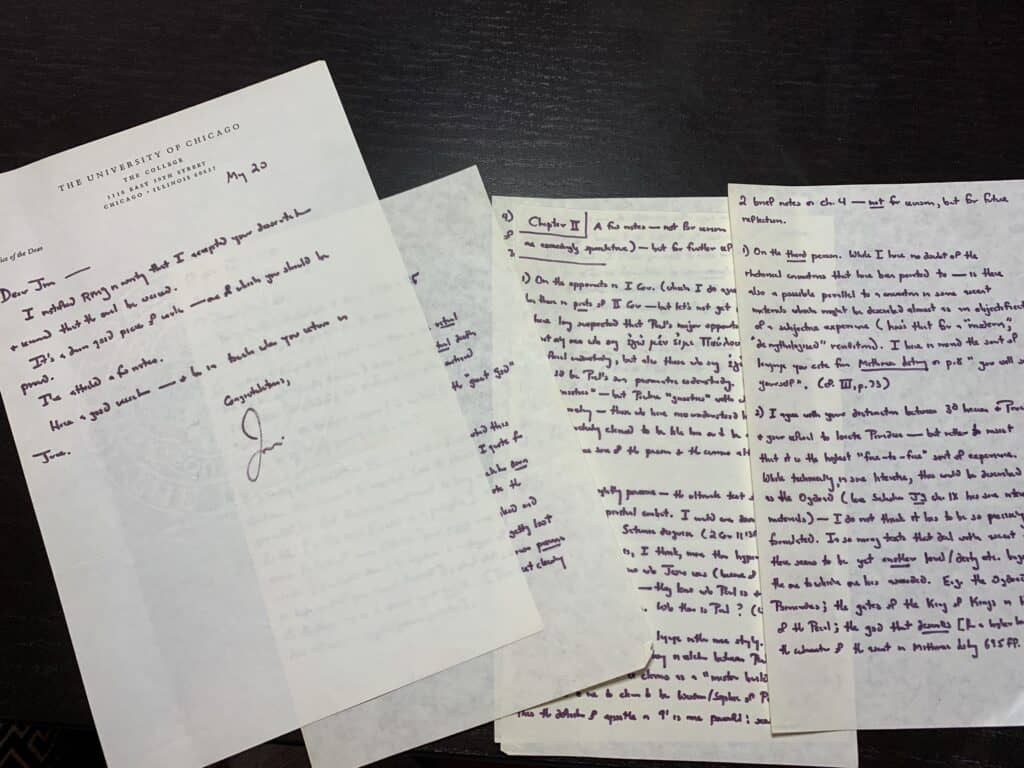 I have been thinking deeply about Paul—and more particularly about “Paul’s Ascent to Paradise” for the past forty-five years. I first suggested a dissertation on two verses of Paul’s composite letter that we refer to as “2 Corinthians” back in 1975 at the University of Chicago. I asked Jonathan Z. Smith, a fairly recently arrived young faculty member at Chicago, if he would consider directing it. He smiled and said, “You just put your finger on the pulse of what is most central and characteristic about the Jesus movement from its earliest and most direct witness.” At the time, I had little inkling of what he meant, as I was just beginning to understand what Smith called “the dynamics of persistence and change” in understanding the religions in the ancient Mediterranean world in the Hellenistic period.

I think I might have been the first student to ever write a “New Testament” dissertation under Jonathan Z. Smith’s direction–and I was honored (and a bit terrified!) to have him as my director. He was known more for what some of us used to call “History of Religions,” as if to imply that forms of ancient Judaism and emerging Christianity were central—and those “other” religions were background. As one who had only been exposed to a fairly standard form of what we call “New Testament Studies,” I had a lot to learn. Smith gave me a mimeographed single-spaced reading list about thirty pages thick. I had majored in Greek and Bible in college and even gotten an M.A. in Ancient Judaism and early Christianity before coming to Chicago. I had never heard of, much less, read, a slew of the towering scholars on the “basic” reading list, such as Reitzenstein, Priezendanz, Widegren, Wendland, Prümm, Bieler, Festugière, Nilsson, Nock, Goodenough, Colpe—most of them publishing in German and French. Looking back, I wonder how I survived.

The focus of my dissertation was Paul’s cryptic and mysterious account in 2 Corinthians 12:1-10 of his heavenly ascent to Paradise. I use that revelatory experience as an entrée into Paul’s self-understanding of his mission and his gospel message, set within its broader Jewish and Hellenistic contexts. What that meant is summarized by these five overall insights I gained from Smith and sought to apply to understanding Paul. Some in the field of “Christian Origins,” “New Testament,” or “Ancient Mediterranean Religions” get this, but regrettably, many do not have a clue and continue to think of Hellenistic religions as somehow “background” for early Christianity. And this is despite Smith serving as President of SBL one year! His Presidential address, “Religion and Bible,” is gold! I think many in the audience just had no idea where to put it! Despite my  M.A. as well  as B.A. in Hellenistic Greek, I did not know the first thing about how to approach ancient Judaism/s or early Christianities, other than through standard microscopic exegetical methods controlled by theological questions and assumptions.

I finished the dissertation and graduated in 1981 with Robert M. Grant (N.T/Church History)as one of my readers. The legendary Morton Smith of Columbia University read a draft and filled every page with handwritten notes. I still have that copy, one of my most treasured possessions.

Like so many young scholars I turned the dissertation into my first published book: Things Unutterable: Paul’s Ascent to Paradise in its Greco-Roman, Judaic, and Early Christian Contexts (Lanham, MD: University Press of America, 1986). It went out of print years ago and used copies, mostly paperback, have been listed as “first editions” on Amazon at the ridiculous price of $245 to $393–in “acceptable” to “very good” condition! Yes, you are reading those numbers correctly! And no, it is not a Brill book and is only 155 pages!

Over the years I have had scores of my students, colleagues, and readers ask me if I had any copies left. I think I only have three now–one hardback and two paperbacks–one of the paperbacks I gave to my mother years ago and got it back when she died. But I own the rights.

When the book came out it was widely reviewed—both positively and negatively. The Journal of Religion rated it as one of the “ten best books on Paul” of that decade. The late Alan Segal devoted a special session of the SBL annual meeting to the book as it was released. So it got a fair amount of attention.

This summer of Covid-19 I decided to take advantage of my time at home, since I am usually in Israel doing archaeology in Jerusalem. The original edition was in very small Times Roman type and back then we did not have the advantage of a copyeditor from the publisher. I produced camera-ready copy myself with my Compac portable computer using Xwrite. Some of you will remember those days.

I decided to reissue a revised version. I would not in any way call it an “updated” version, as it would be impossible and impractical for me to even attempt to summarize thirty-five years of subsequent scholarship on Paul, and what is often referred to as “Pauline mysticism.” I began slowly to work back through it, improving the phrasing, making corrections, and adding clarifications and a very few notes here and there. 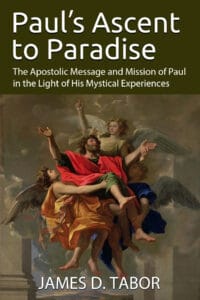 I have to say that I learned a lot from reading my own book! I don’t know how many authors read their books after they are published. Of course, we all look through them, or read portions thereof, but the demanding process of getting a book in final form and finally turning it in for publication, after having pored over it so intensely, leaves one with the sense of “knowing” the book by heart. So, for me it was quite an experience—it was as if someone else had written it, but as I read through, slowly, page by page, so much came back to my mind, like watching an old film you loved but not remembering all the details. I published it a few weeks ago on Amazon in both print and Kindle editions, with a rephrased title: Paul’s Ascent to Paradise: The Apostolic Message and Mission of Paul in the Light of His Mystical Experiences. 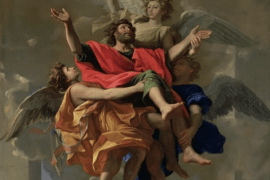 The Battle of the Apostles: Paul’s One-Upmanship
Bible & Interpretation: A Richly Informative Resource