Topic: Leaving aside the Q portrait of John, what emerges in the Markan narrative regarding the figure of John the Baptizer? In other words, what does “Mark as Mark” contribute to the tradition?

Mark contains many notable additions to the Q portrait of John. This gospel was written around 70 C.E. and has the tendency not to tell the reader secrets, instead letting them figure things out for themselves. Mark 1:2-3 is crediting Isaiah with a prophecy that isn’t entirely his own. Instead, it is a combination of Isaiah 40:3 and Malachi 3:1. “Behold I send my messenger before thy face who shall prepare thy way, the voice of one crying in the wilderness: prepare the way of the Lord, make his paths straight. Mark is utilizing a Qumran (pesher) style of combining texts to get his message across to the reader. He does this as an introduction to John (like Q he begins with John the Baptist). From Mark, scholars are able to add to their professional portrait of John and one of the first examples is Mark 1:6. It reads, “now John was clothed with camel’s hair and had a leather girdle around his waist and ate locusts and wild honey.” Mark is describing some of the physical characteristics of John’s daily life in the wilderness of Judea. Scholars learn what he wore while “preparing the way” and what he ate (since it is already know that he neither ate nor drank) “locusts and wild honey.” As a side note, locust in Greek is akris and manna is ekris (only one letter difference) – it is possible that the Greek was translated incorrectly and John ate manna (honey wafer) instead of locusts (see the essay Did John the Baptist Eat Bugs or Pancakes?). Mark 1:9 also adds to the portrait that John in the Jordan baptized Jesus of Nazareth. After Jesus came out of the water, he saw the Spirit descending upon him like a dove, Mark 1:10-11. Here, Mark is relaying to the reader that this is more of a personal disclosure to Jesus in that only Jesus saw the spirit and the voice said, “thou art my beloved son.” Mark has Jesus in 1:14 coming onto the scene after John was arrested – almost signaling that since the main person/teacher (John) is removed from the scene, now one must come to take up the movement. Mark contains a wonderful story of John’s capture and subsequent death by the hands of King Herod. Mark 6:14 introduces the plot in that Jesus has been preaching and casting out demons and when Herod heard of it, some said, “John the Baptizer has been raised from the dead.” 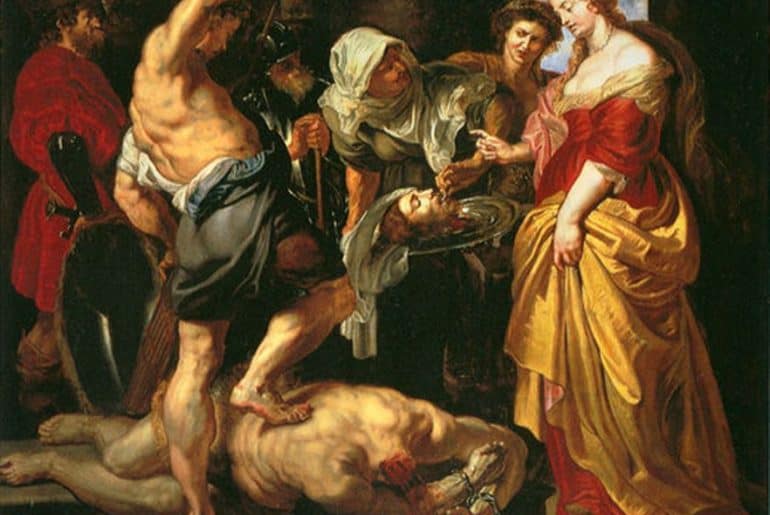 Then in Mark 6:16-29 the fate of John is told in detail – this is a very important addition to our running portrait of John the Baptist. Josephus records that Herod seized John and most likely took him to his palace/fortress Machaerus. While there, Herodias’ daughter danced seductively for Herod and in return he promised her anything, up to half of his kingdom. She asked for the head of John the Baptizer on a platter at the instruction of her mother (presumably because of his rejection of Herod and Herodias’ relationship). To stay true to his word, Herod sent a soldier to behead John and brought it in on a platter as requested. The reader is also made aware that after this had taken place, John’s disciples came and took his body and laid it in a tomb. Another interesting addition Mark makes is Mark 8:27-30. Jesus and his disciples were heading to the village of Caesarea Philippi and he asked them “who do men say that I am?” Their first answer was “John the Baptizer.” Presented here is a strong indication of the importance John had in his time that the disciples and general public would say that Jesus was John the Baptist. John had done many great things in the desert (preaching, baptizing, etc.) and when Jesus comes along doing similar actions, the people begin to think John has come back from the dead in another form. Some scholars have even suggested that John and Jesus looked similar physically. From these reports, the general public, disciples, and even King Herod feel that John the Baptist has come back from his execution and if Jesus and John did in fact look similar, it would make sense that such reports would begin to circulate. Mark 9:9-13 details a conversation between Jesus and his disciples regarding the scribes recording that Elijah must come first. Jesus says to them (Mk. 9:12) that “Elijah does come first to restore all things” and then poses a question (Mk. 9:12) “how is it written of the Son of man, that he should suffer many things and be treated with contempt?” He is alluding to Daniel 7:13 “I saw one like a human being coming with the clouds of heaven,” yet the Son of man is not suffering in that text. He then goes on to say in Mark 9:13, “but I tell you that Elijah has come and they did to him whatever they pleased, as it is written of him”(Zechariah 13:7). Jesus is clearly hinting here that John is Elijah return but as it is written of him? Scholars are not sure what this is in reference to, but there are four suffering servant hymns – Isaiah 42, 49, 50,53. Jesus may not be referring to a specific line of text, but a combination of these Isaiah hymns to form a “corporate role” so to speak for any servant of God, here John. Mark is showing the reader the importance John not only held to his disciples, but the high regard that Jesus himself held John to be. Finally in Mark 11:27-33, the chief priests, scribes, and elders confront Jesus asking “by what authority are you doing these things or who gave you this authority?” It is as if John is the benchmark test against which all things are measured and if you cannot speak to that, then Jesus will not speak to you. Mark is giving the information as he received it. He is not pushing an objective per se, it appears as though he presents the material fairly – showing the events in John’s life and portraying the events in Jesus’ life without editing either for a specific purpose. From Mark (as discussed above), scholars have learned a great deal relating to John’s clothing, his diet, disciples, and the manner in which he met his death. Also, readers are shown the importance in which John was held to his own disciples, the public at large, to Herod, and even to Jesus. From Mark, scholars are able to draw a fairly detailed and complete profile of who the historical figure of John the Baptist was. 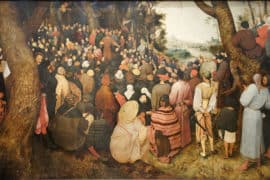 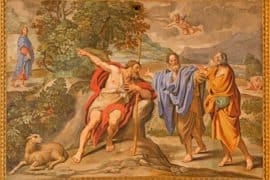