Topic: Matthew, in combining Q and Mark, and including his edited version of the John the Baptist materials, becomes our first synthesizer of the “two source” tradition in this regard. First, how well do these two sources fit together? Are they essentially compatible or incompatible? Second, how does Matthew skillfully edit and/or modify, either Q or Mark, to reflect his own approach and understanding of John the Baptizer? What appear to be his concerns in this regard?

Matthew incorporates the Mark and Q material without any major problems. These two sources are complementary to each other, with Q laying the foundation portrait of John through his sayings, teachings, role and Mark coming in with additional material concerning John’s life and importance to the people, building upon that foundation a more complete composite of the historical figure. For the purposes of Matthew’s objective, Mark and Q are like two interlocking pieces of a puzzle; although separate works, they come together easily and are indeed compatible/complementary to each other. Matthew does have an objective he is pushing throughout his material and it is readily apparent to even an unskilled observer. As an overall blanket statement, it could be said that Matthew “sanitizes” Mark. He is pushing the notion that Jesus must increase and John must decrease. Whenever there arises a problem in conflict with this, Matthew tends to eliminate such problems and offers explanations/clarifications in some instances, more on that in a bit. 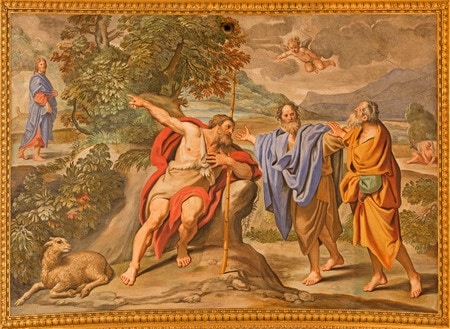 Matthew generally leaves the material, as it is when nothing bothers his intentions, but opts to rewrite when a conflict arises. His utilization of the Q source (teachings) usually stay the same, however he shortens Mark (stories). However, Matthew does keep many of the same elements of Mark and Q, most notably the clothes and food, baptizing, arrest of John, and fasting are all the same. Now on to some specific examples of the differences. Matthew 3:3 is using the same basic quote as Mark attributed to Isaiah and the difference here is Matthew is only quoting Isaiah and not a combination of that and Malachi. Here he is removing the appearance of ignorance. Matthew 3:7 has John calling only the Pharisees and Sadducees a “brood of vipers.” In Q, everyone is called this – clearly Matthews intention is to slam the other religious sects of Judaism (as he does later in Ch. 23). One of the major differences Matthew has is in his explanation of the baptism of Jesus by John. Chapter 3:13-17 records this event and Matthew adds his own little twists. First, he feels the need to explain why Jesus would need to be baptized (for he is without sin right?). Jesus comes saying (Mt. 3:15) “for thus it is fitting for us to fulfill all righteousness.” In 3:17, the voice from heaven came making a public announcement, as opposed to the private disclosure in Mark saying, “this is my beloved Son.” Matthew 11:12-13 differs from Q (Lk. 16:16) in that Q has John bringing the new covenant and here it only has the prophets prophesizing up until him and not “since then the good news of the kingdom is preached” as in Lk. 16:16. Matthew 11:18-19 tells the reader that John came neither eating nor drinking, differing from Q (Lk. 7:31-34) where one is told what he did not come eating (bread) of drinking (wine). In Matthew 14, the death of John is shortened but has no emphasis change. Another major difference in Matthew is that in 17:9-13, he does have Jesus saying John is Elijah already come but drops the Mk. 9:13 comment “as it is written of him.” The final major difference is that he completely drops Luke 3:10-14 “maybe Q” from his writings. This is certainly an important teaching of John and one of the only solid examples of such and there exists no trace of it anywhere in Matthew. Throughout all of Matthew’s skillful edits/modifications, it would appear that his concerns are that his Lord Jesus must be set above all others, including John the Baptist. In this regard, he does not include the birth of John, he has nothing about the suffering of John, and shortens the John material to give the reader less of it as to emphasize Jesus. Matthew shortens Mark’s stories (sanitizes Mark) and keeps Q’s teachings pretty much the same. He shortens, edits, eliminates problems, and explains an conflict that would make Jesus appear less. 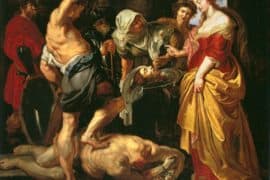 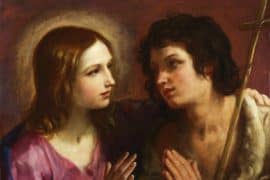