Sorting through the New Testament gospels accounts of the “sightings” of Jesus is incredibly complex. I have done my best to lay them out for comparison and interpretation in several posts on this blog, including “How Faith in Jesus’s Resurrection Originated and Developed: A New/Old Hypothesis.” One thing that any reader or researcher must take into account early on is that the current ending of the gospel of Mark, enshrined in the King James Version, and beloved by many evangelical Christians, namely, chapter 16, verses 9-20, was not originally part of this work, that clearly ends at chapter 16:9. We also know of several other appended endings, equally suspect in terms of authenticity. See my article, “The Strange Ending of the Gospel of Mark and Why It Makes All the Difference.”

However, that is not to say that Mark’s interpolated ending has no value. What it represents is our earliest creative interpretation of the original endings of Mathew, Luke, and John–from which it is basically developed. In other words, it is our earliest attempt at the harmonization of the obviously contradictory accounts in these three canonical Gospels. We are not sure about when it was written or who wrote it–but it might go back to the late 2nd century CE–and it is obvious that its author is quite aware of the problems with reading these gospel endings as one coherent account.

As such, this ending merits careful reading and is a precious and illuminating look at the history of interpretation of the gospels. So, for example, the author is well aware that in Luke’s account Jesus sightings, “he appears in another form, directly contrasting with Matthew’s account of the appearance to Mary Magdalene (Matthew 28:8-10)as well as Jesus meeting the disciples in Galilee, as Mark (followed by Matthew) indicates but Luke knows nothing about. This, of course, directly contradicts (Luke 24:49–“stay in the city” until Pentecost, cf. Acts 1), and the author clearly knows this, so he opts for Luke’s account and transforms the Galilean “Great Commission” of Matthew 28:16-20, to Jerusalem. The author is clearly a fan of Luke-Acts over Matthew.

But more important, the Greek expression, έω ἑτέρᾳ μορφῆ–quite literally, another morphe/form–echoes the language of Paul who speaks of a metaphorphosis of Jesus from a “man of dust” to a “life-giving spirit” (1 Cor 15: 42-49). It shows us that the author of this late ending was well aware that the “form” of Jesus’ appearances varied according to our various sources–to a degree that the more “bodily” resurrection idea was not the only view–or even the preferred or standard view. Luke is careful to make sure that no one thought Jesus was a “ghost,” and thus perhaps just an “apparition” in the minds of the disciples–but he, like Paul, is fine with emphasizing the transformation of Jesus’ body to a form that was beyond the “flesh and blood” body put in the tomb.

For much more on this whole idea of a “shapeshifting” Jesus see Paul Davidson’s excellent treatment “Jesus the Shapeshifter in Early Christian Traditions,” as well as Deborah Thompson Prince’s important observations in, “The ‘Ghost’ of Jesus: Luke 24 in Light of Ancient Narratives of Post-Mortem Apparitions,” Journal for the Study of the New Testament 2007 29: 287-301, and more recently, Shelly Matthews. “Fleshly Resurrection, Authority Claims, and the Scriptural Practices of Lukan Christianity.” Journal of Biblical Literature, vol. 136, no. 1, 2017, pp. 163–183. 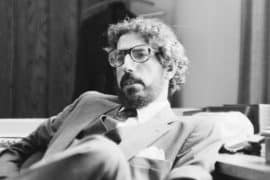 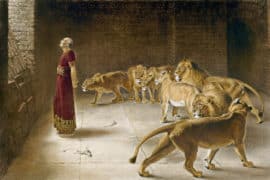