To understand Jesus and the movement that developed after his death we need to have a handle on a way of thinking that I call messianic apocalyptic eschatology. This is a way of describing a certain expectation and outlook on the world and human history that was characteristic of certain Jewish groups and movements of that time–including Jesus and his first followers. As a phrase it is a “mouthful,” but it three central concepts break down rather nicely. 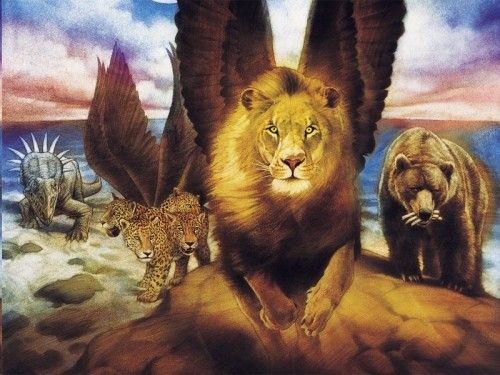 Let start with the noun, eschatology. It comes from the Greek noun eschaton, meaning “the last,” so it means the teaching or study of the “end times” or “last days.” In other words eschatology purports to tell us how human history will end. The phrase the “end of the world” is more commonly used but in biblical texts what is usually meant is the “end of the age,” that is, the idea that history as we know it will come to a decisive “end,” but that critical termination will be followed by a new “age to come,” in which things will undergo a fundamental transformation–referred to in the Hebrew Bible as the creation of a “new heavens and a new earth.”

Apocalyptic is an adjective from the Greek word apocalypsis which means a “disclosure” or “revelation,” referring to pulling back the veil on the secrets of the cosmos more generally, but as I am using it here, the “hidden things” related to the end of the age. In other words, when and how will the events of the last days unfold? The idea is that the precise timing of the end, and how the events of the last days will unfold, are known and determined only by God. However, God can and does reveal these “secrets” to selected human beings or prophets.

Messianic is another adjective, from the Hebrew word moshiach, referring to one anointed or chosen as a king or priest, see my discussion of this idea here. What develops among late 2nd Temple Jewish groups (200 BCE to 70 CE), particularly in the Land of Israel, are a set of expectations that focused upon the appearance of an native King of the lineage of David, often associated with an equally idea Priest, either of the lineage of Aaron or Melchizedek. The arrival or appearance of these messianic figures was thought to be essential to ushering in the events of the last days, a final judgment of humankind both living and dead, and the establishment of the “kingdom of God”–that is a transformed age of justice, peace, righteousness, and eternal life.

There are dozens of Jewish texts of the period that we can roughly characterize as “Apocalypses,” see the survey article from the Jewish Encyclopedia here, but the most influential texts were those of the Hebrew Bible, and most particularly the book of Daniel with its multiple “visions of the end,” as well as attendant chronological calculations as to just when it would all transpire. In addition to Daniel were about two dozen other texts, scattered throughout the Hebrew Bible, that became the fundamental elements of the various “schemes of expectation” that one could put under the more general rubric of apocalyptic messianic eschatology. I require my students in Christian Origins, at all levels, undergraduate and graduate, to become thoroughly familiar with these particular texts as a way of understanding our study of the Dead Sea Scrolls, the New Testament Gospels, the authentic letters of Paul, and the book of Revelation–all of which are thoroughly immersed in this thought world of apocalyptic messianic eschatology. Here is my list of these specific texts and I urge my serious readers to take the time to read through and mark these specific sections of the Hebrew Bible. [1]Because English translations differ so much I would suggest one make use of the web site biblegateway.com,  which allows one to type in a specific passage and get a comparison of a range of … Continue reading Such an exercise tends to “pull them out of context,” but that is precisely what various apocalyptic groups were doing in this period. These particular texts and their specific language and key vocabulary, became a kind of functional “code” or cipher for mapping and setting forth the parameters of apocalyptic expectations of the time. I have offered an overview in Part 2 of my article, “What the Bible Really Says about Death, Afterlife, and the Future,” but there is no substitute for a close study of the primary texts themselves: 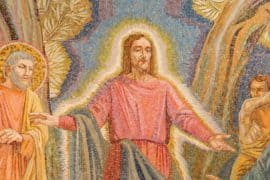 A Shapeshifting Jesus: The Earliest Harmonization of the Endings of the New Testament Gospels
How I Failed Jonathan Z. Smith 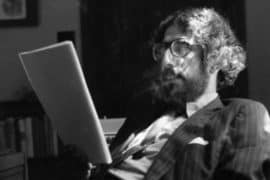