This post is a follow-up to a previous one where I recount the remarkable story of my discovery of the late great Poet James Whitehead and his historical and literary interest in the sources that refer to Jesus of Nazareth as “Yeshua ben Pantera.” Whitehead, who died in 2003, co-founded the prestigious Creative Writing Program at the University of Arkansas with colleague and poet William Harrison. He was a wonderful poet and novelist who left many unpublished works behind due to his untimely death. Among those were his poems on “The Panther” as he called them.

Whitehead had first encountered the “Yeshua ben Pantera” references in Morton Smith’s provocative book, Jesus the Magician. Whitehead ended up traveling to Germany in search of the tombstone of the 1st century Roman soldier,  Julius Abdes Pantera, who was from Sidon in Palestine. He ended up writing a remarkable set of poems that imagined the relationship between Jesus’ mother Mary and Pantera, who became the father of her firstborn son Jesus. As it turns out, Whitehead was not the first poet to be captured by the Panthera story. Thomas Hardy had also published a long and passionately composed poem titled “Panthera” in 1909.

I am holding in my hands this lovely chapbook version of Whitehead’s Pantera poems published by Moon City Press and edited by the late Michael Burns, who was a student of Whitehead and a Professor of English at Missouri State University. It is titled simply The Panther. Prof. Burns asked me to write the Introduction, offering an historical context for Whitehead’s fascination with the Panthera story. He also shared with me a few of Whitehead’s poems. I found them profoundly moving and I was more than pleased to have a small part in the production of this wonderful project. This was one of my favorites, in which Whitehead imagined the angel Gabriel appearing to Panthera in Germany where he was stationed, just as Jesus was achieving some fame in Galilee:

GABRIEL VISITED ABDES PANTERA,
DISPLAYED HIMSELF AND SPOKE TO HIM,
BUT THERE WAS NO RESPONSE
OF ANY KIND. FIGURE WHY.

Wearing my specialty wings, the ruddy ones,
Cinquecento, I stooped through April rain
To just above the Rhine at BinKerbruck,
Shrugged, continued motioning gracefully

Toward the bowyer-archer on his shingle,
Who was done with practicing his shots
From shore to shore.
He didn’t seem to see me,
But maybe he would listen

To the four languages I knew he knew—
Sidonian Aramaic, Levantine Greek,
And of course his soldier Latin,
And finally the local whitebread German tongue.

I was so fluttering because he’s beautiful
In the sturdy way of soldier artisans—
He’s a master of composite bows,
The seven woods, sinew, bone and glue.

O I was positive he’d love the news
And the flashing bearer of it: I’m GABRIEL!
HAIL ABDES PANTERA! YOU THE MAN!
YOUR SON IN GALILEE IS MAGICAL.

I offer it here as a small taste of the wonderful talents and imagination of James Whitehead. I urge my readers to order a copy of the complete collection; it is truly an elegantly crafted work, outside and within, and reasonably priced at that. You can obtain copies most easily through Amazon or Barnes&Noble.  If you have had the slightest fascination with the Pantera story I know you will not be disappointed.

Of all the controversial elements in my book The Jesus Dynasty, my treatment of the Pantera traditions is perhaps the most disturbing to some Christians. I really regret that this is the case. As I have argued elsewhere, if Joseph was not Jesus’ father, and the “illegitimacy” tradition has some historical legitimacy, we can not dismiss the possibility that Jesus’ father was named Pantera. This would not have to imply something sinister or immoral. If Pantera were close to the age of Mary when she became pregnant he would not have even been in the Roman army at the time. We will never know the details, but as I have asked–why imagine the worst? There is evidence, as I have covered in previous posts, that Pantera was a family name and that he was therefore related to Mary.

I hope my readers will order the Whitehead book of poetry and let their imaginations run wild as we wonder about the “earthly” father of Jesus. 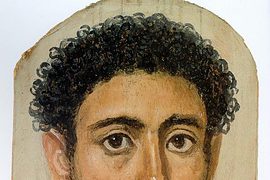 Hugh Schonfield, a Forgotten Ossuary, and the Origin of the Jesus Son of Pantera Traditions

Who Was Jesus’ Father? Imagining the Best 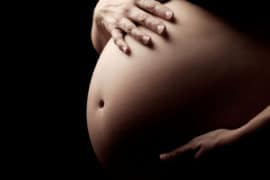 A Historical Look at the Birth of Jesus (Part 4) 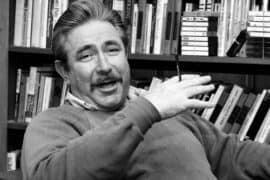 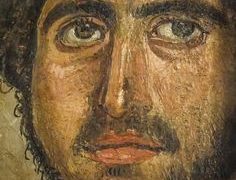