Yesterday I did a two hour interview (originally scheduled for September 1st) with Night Light Radio radio host Barbara DeLong on my two books on Paul, namely: Paul and Jesus (2012) and my latest, Paul’s Ascent to Paradise (2020). It was a wide-ranging time covering everything from the possibility that Paul was born in Gischala in the Upper Galilee (according to Jerome), not in Tarus in Asia Minor–to his view of cosmic ascent through the heavenly spheres. A old friend who listened, from whom I had not heard in over a decade, wrote me last night right after the program: “Best 2 hours, I’ve spent in years.” It is up on Youtube here:

Barbara has done over 800 such interviews with authors and other researchers and experts in a broad variety of fields that might loosely be described as the “Psychic” and the “Spiritual,” even though both those terms are of culturally multivalent. I am pretty sure her audience is not my usual one and I am glad to branch out. My favorite book on Paul is Albert Schweitzer’s, The Mysticism of Paul the Apostle–and yes, I have just published my own book on Paul’s mystical experiences titled Paul’s Ascent to Paradise. So yes, I think we can classify Paul, based on his own testimony, as clairvoyant, to say the least–regardless of how one regards his mystical and ecstatic experiences–“real” or delusional–both of which are loaded terms. I also argue, to put things in more “psychic” terms, that Paul’s greatest idea is that humans are destined for a cosmic metamorphosis that involves transformation to an astral “body” in which individuality will be preserved as the cosmos itself experiences a “rebirth.”

The thing I like about Barbara’s show is that she thoroughly prepares for an interview, carefully reads whatever book or background material is involved, and then runs for two hours in an effort to really probe the parameters of a topic. No quick “sound bites” for this show. She contacted me some months ago as she is booked way into 2022 and we have spoken on the phone. I was not familiar with her work and I really look forward to this evening’s conversation.

If you miss the live show it will be archived at BarbaraDelong.com and will be up on her Youtube Channel by tomorrow. It will then subsequently make its way to quite a few other outlets, including, Rumble, Alexa,  Stitcher, iTunes, Tune In, Overcast, Talkstreamlive, Blogtalk Radio, Apple Podcasts, Spotify, Google Podcasts, Iheart radio, Podcast Addict, Podchaser, Google play, Deezer, Listen Notes, Podbean, and Amazon Music/Audible. 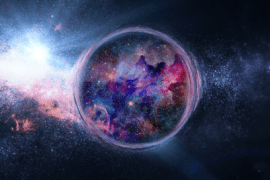 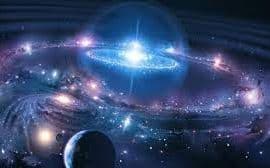 Talpiot Tomb or the Church of the Holy Sepulcher?
Twenty Years…