The story of the fiery destruction of Sodom and Gomorrah is one of a diminishing few biblical narratives of which our culture is familiar. Though few might have read the extended account, set in the time of Abraham, that runs through Genesis 18-19, the imagery has become proverbial. This was already the case in the time of the Hebrew Prophets, who often use the image of the destruction of Sodom and Gomorrah as a warning to Israel (Isaiah 1:9; 3:9; 13:19; Jeremiah 23:14; Ezekiel 16:46-49; Amos 4:11; Zephaniah 2:9). Jesus himself draws upon the destruction tale to warn those cities of Galilee who would dare to reject his message: 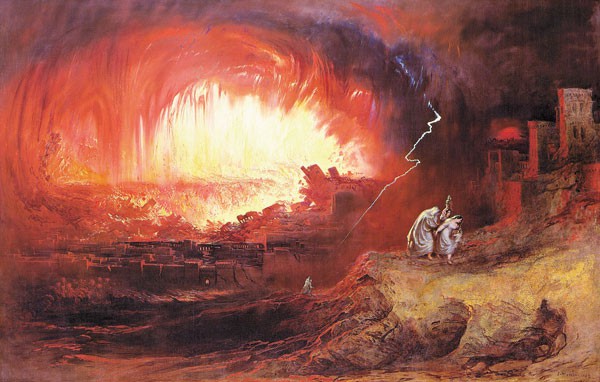 He also draws upon the tale of Sodom and Gomorrah’s destruction to illustrate the sudden destruction that will come when the “Son of Man” returns in judgment in the clouds of heaven–with the final admonition: Remember Lot’s wife! (Luke 17:28-33).

Several years ago Steve Collins published a fascinating article in Biblical Archaeology Review (March/April 2013) titled “Where is Sodom? The Case for Tall el-Hamman.” I was recently going through old issues, re-read it, and I want to recommend it to my readers. Collins argues that many of the biblical writers knew their geography well and that biblical narratives often reflect “on the ground” acquaintance with the Land of Israel. Contrary to a number of modern scholars who locate Sodom near the southern end of the Dead Sea, Steven Collins locates it northeast of the Dead Sea, where he has been excavating the site of Tall el-Hammam, which today is located in Jordan. Collins recognizes the understandable academic skepticism toward anyone who might take such a story “literally.” His writes facetiously in the opening line: “I think I have found Sodom! I can see the raised eyebrows. The story of Sodom and Gomorrah is not history, it’s just a traditional tale…”

Collins notes three ways one might look at the story:
1. It is true: God rained down fiery destruction on these cities.
2. It preserves elements of historical memory from a long-past catastrophic event.
3. The story was composed by the Biblical author and is simply a traditional tale, a legend without any historical basis.
If number 1 is the case, there was a place called Sodom. But even if number 2 is the case, the author of the Biblical tale must have been inspired by some place that had been destroyed in some terrible conflagration. If so, where is that place?

He then argues that whether the story of Sodom’s destruction is literally true or simply a traditional tale, the geography is real; the biblical author is referring to an actual site, north of the Dead Sea in the “circle of the Jordan,” (ha-kikkar)–a disk-shaped plain area referred to numerous times in the Bible. In his article “Where Is Sodom?” Collins makes the case for Tall el-Hammam with some rather impressive evidence. Across Tall el-Hammam the archaeologists found widespread evidence of an intense, fiery conflagration that left the Middle Bronze Age city in charred ruins. The scorched walls and floors of the city are buried beneath nearly 3 feet of dark grey ash. Afterwards the city became uninhabited for the next 700 years:

This was true for the other sites in ha-kikkar as well. Not a single kikkar site shows occupation during the Late Bronze Age (after a 200-year hiatus, Jericho did spring up again briefly but rather insignificantly during Late Bronze II). Of the larger sites that have been excavated and for which reports are available—Tall Iktanu, Tall Nim- rin, Tall Kafrayn, Tall el-Hammam—Late Bronze Age occupation is missing.

Unless you have back issues of Biblical Archaeology Review you will have to access this article on-line via the BAS Library. If you are not a member I highly recommend you join. You have several subscription options but I think “All Access” is by far the best value. Not only do you get all the back issues of the magazine but many more extras. The wealth of materials that become available to you are invaluable and the price, considering what you get, is negligible. I would not consider doing without this resource, now going back to 1975! 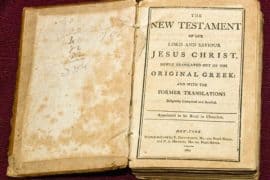 The New Covenant is NOT a Book!
Jacob Neusner: Teacher, Scholar, and Friend 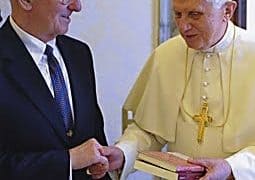