To be a fundamentalist, you have to have a book.

And you have to forget the book has a history.

I normally post on matters in my areas of expertise, namely, late 2nd Temple Judaism and earliest Christianity in the Greco-Roman period (“Augustus to Constantine” as my revered Chicago Professor Robert M. Grant so succinctly put things). Still, as a “Biblical scholar” academic issues in the study of the Hebrew Bible are of great interest to me. As some of you know, I spent about a decade working on a new translation of the Book of Genesis, now out in print and e-book. So I have spent thousands of hours poring over the texts of the Hebrew Bible, as well as the Greek New Testament.

It is difficult to draw chronological “border lines” when it comes to biblical studies. After all, the byline of my blog is “Religion Matters from the Bible to the Modern World.” I think you would agree, that is pretty broad. So yes, I have written books on the idea of A Noble Death (with Arthur Droge),dealing with the way “suicide” has been viewed over the centuries in the West, as well as Why Waco (with Gene Gallagher), trying to get a handle on what went wrong in April 1993 in the standoff between the FBI and David Koresh and his followers. I also write another blog, Genesia.org, that ranges the world of literature, philosophy, and personal introspective reflection–that I invite you to explore.  A few of you have read all of my books, so you already know this. But I am happy to wear the hat of a “Bible scholar,” to put things in popular parlance.

So in the general field of Bible, what about the question of Sources? I have written lots about comparing the sources of the New Testament, as readers know. But what about the Hebrew Bible or “Old Testament,” as Christians ended up calling it? Even if you are one whose primary interest is in early Christianity, the historical methods we use in reading the Hebrew Bible is very relevant to how we evaluate the Gospels, or Paul’s letters, or any of the other New Testament or other early Christian writings. None of them “dropped from heaven.” Every text has a historical context and an editorial history.

So what about sources in the Pentateuch or Torah–the first five books of the Hebrew Bible? The so-called “Documentary Hypothesis,” classically represented in the formulation of Julius Wellhausen in 1882, argued  that the Torah contains four distinct literary sources–traditionally designated as Yahwist, Elohist, Priestly and Deuteronomist (JEPD)–stemming from different times and different authors–woven skillfully together by a final “redactor” or author. 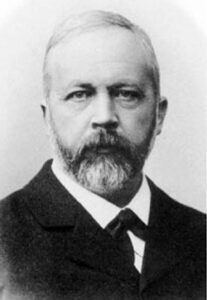 However, Wellhausen was not the first to propose the idea of sources in the Torah or Penteteuch. Baruch Spinoza (1632-1677) was a real pioneer in reading these texts in a more enlightened way, as we might approach any work from antiquity. Richard Simon published a pioneering work examining these sources in 1678. He wrote a companion study of the sources of the New Testament. These things were not done in a corner. Isaac Newton, John Locke, and other 17th century greats, delved into these subjects in depth. Jean Astruc, a Paris physician who advanced our modern study of syphilis and venereal diseases, published an anonymous work, laying out the evidence quite clearly in 1753, while maintaining that Moses was nonetheless the author. And these individuals were only building on much earlier studies, including those of leading enlightened rabbis such as Abraham Ibn Ezra (1089-1164).

That there are distinct sources that make up the Torah or Pentateuch is hardly in dispute among academics but in conservative Jewish and Christian circles Wellhausen’s work has been cast as a threat to the traditional view of the “Mosaic” authorship of the Torah. Richard Friedman’s immensely popular books, including Who Wrote the Bible? and The Bible with Sources Revealed: A New View into the Five Books of Moses have presented the main contours of Wellhausen’s hypothesis to a mass of the general public. I highly recommend anyone interested in biblical studies, no matter what ones presuppositions might be, to read Friedman’s work carefully. I have made it a practice not to talk about this subject with students or others until they are willing, at least, to read the short  Introduction to Friedman’s book, The Bible with Sources Revealed. Give it a try–you will never think the same! 90% of what you might have heard about the “Documentary Hypothesis” is not even representing it accurately! The idea that the whole theory depends on the use to the names Yahweh or Elohim for God is completely incorrect. That is not the point.

In this post I will use the traditional letters/names, but call them what you wish, these are specific texts available to anyone to take a look at. In this post at least, I am not so much interested in what we call these sources, what might have been their origins, or when they might be dated–and scholars differ widely on these points–but rather the singular point that they exist. This is much like one could compare the texts we “know as” Mark, Matthew, and Luke, note and analyze the similarities and differences, without even getting into the matter of who their authors were or when they were written. The difference is that our New Testament gospels have not been combined and blended into a single text–whereas the Pentateuch has.

Years ago Kermit Zarley sent me a copy of his book, The Gospels Interwoven, in which he attempts to so combine Matthew, Mark, Luke, and John into a single narrative. Others have attempted this as well, but I think his is one of the best. I told him at the time, somewhat tongue in cheek–Kermit, you have “destroyed” the gospels–in that we no longer have any of them but this “new creation” of yours! Zarley did a fabulous job of combining, but I am not a big fan of the enterprise, as I think the underlying individual sources are really important to note. That way we can read Mark as Mark, Matthew as Matthew, and so on, not as a “combination” that loses any one of them. By the way, I do use Zarley in class on my final exam in my Historical Jesus course–I have the students “untangle” the courses of the Arrest, Trial, and Crucifixion of Jesus–without using their Bibles!

We are in the same position with the Torah or Pentateuch. The sources are now combined–incredibly skillfully I might add–but their individual vocabulary, characteristic emphases and themes, and proclivities are lost in the whole. Reading the Torah with its “Sources Revealed” is an incredibly enlightening and exciting experience! It in fact allows you to “see” the text as you have never seen it before, and really notice things.

So now to some few examples:

The “Tabernacle” is mentioned more than two hundred times in P but never a single time in J or D. The mountain that is called Sinai in J and P is called Horeb in E and D. No exceptions, The phrase “with all your heart and with all your soul” occurs nine times, all in D, never anywhere else. Sheol is mentioned only in J, never in any of the other sources. We all are very familiar with the term “Ark of the Covenant,” maybe more from the movie “Raiders of the Lost Ark” than the Bible, but that term is used by E and D but P always uses “Ark of the Testimony,” referring to the Tablets with the Ten Commandments (“Words”). You can see the two sources merge in Numbers 10–watch for the switch from “Ark of the Testimony” (P) to “Ark of the Covenant” (J). I don’t think I have ever heard anyone call it the “Ark of the Testimony.” The narrative of P follows that of J and E both in content and order, from the Creation to the final days of Moses. We have “doublets” on dozens of these stories and when you separate them out, and read them individually, they each produce a continuous narrative without a break and the contradictions dissolve. I hope this might whet your appetite a bit to dive into Friedman.

Now, over a hundred years after Wellhausen one often hears among conservatives the assertion that Wellhausen’s “Documentary Hypothesis” is dead–as if to imply that most mainstream biblical scholars repudiated its basic contours. Such is certainly not the case. I wanted to recommend a particularly perceptive and well-documented blog post on this very question by David Bokovoy titled “The Death of the Documentary Hypothesis.” It goes a long way toward setting the record straight as to the actual state of the question in responsible academic circles today. I recommend a careful reading to my students and my blog readers–and pay special attention to his notes, that highlight the pioneering work of Joel Baden and others, that simply can not be overlooked by anyone wanting to take biblical studies seriously.

Thank you David Bokovoy for putting this together for us all. 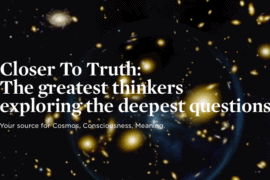 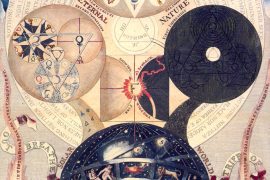 The Book of Genesis: Standing on Holy Ground
Check out My Guest Posting on Bart Ehrman’s Blog… 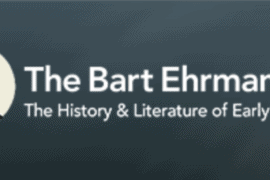