I have been amazed over the years at what one assumes is in the New Testament Gospels and what is actually there. I have been teaching these texts for over 40 years and hardly a semester goes by when I don’t see something I had missed, or have something pointed out by my students that I simply had incorrect. I find these sources endlessly fascinating and encourage my readers and my students to delve into them in-depth.

A case in point. Everyone “knows” that according to all four of our N.T. Gospels Joseph of Arimathea, elsewhere unmentioned, goes to Pontius Pilate, the governor of Judea, and gets permission to remove Jesus’ body from the cross. He takes the corpse and lays it in his own new tomb late Friday night. A group of women, Mary Magdalene and others, follow and see the location of the tomb. Sunday morning when they visit, to complete the Jewish rites of burial, the tomb is empty. 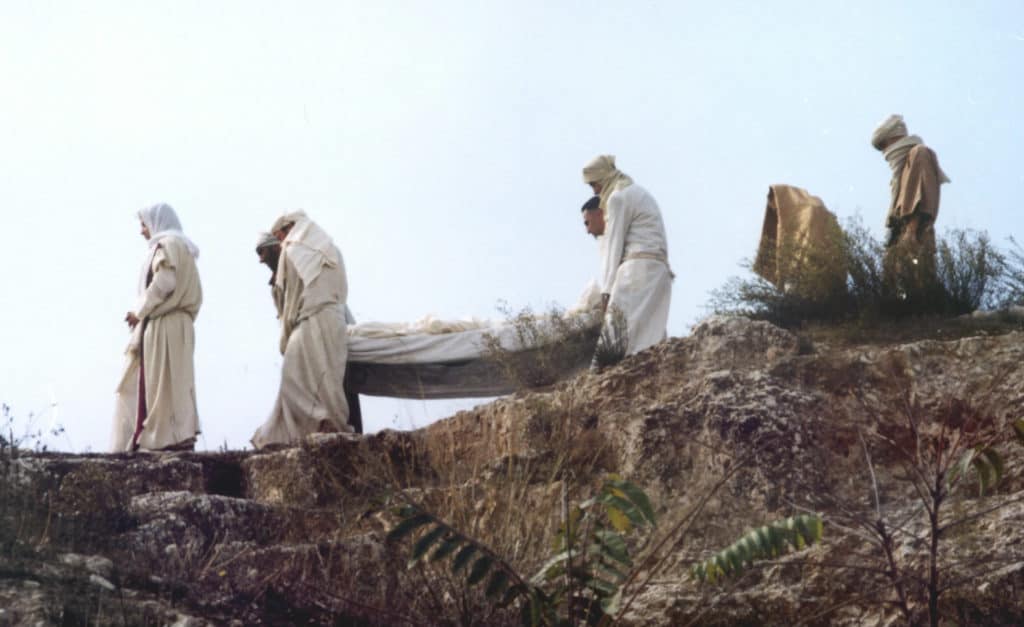 This sounds accurate, according to the Gospels, except that the part in italics, that everyone assumes, is apparently not the case. The tomb into which Jesus is temporarily placed does not belong to Joseph of Arimathea even though every book, film, and preacher tells it that way.

Mark is our earliest account. Notice his words carefully:

And he [Joseph of Arimathea] bought a linen shroud, and taking him down, wrapped him in the linen shroud and laid him in a tomb that had been hewn out of the rock; and he rolled a stone against the door of the tomb” (Mark 15:46).

This is our core Synoptic account.  Mark is the source for both Luke and Matthew. But notice, nothing is said about Joseph putting Jesus in his own family tomb.

John, who offers us an independent tradition, offers a further explanation:

Now in the place where he was crucified there was a garden, and in the garden a new tomb where no one had ever been laid. So because of the Jewish day of Preparation, as the tomb was close at hand,they laid Jesus there (John 19:41-42).

Notice what almost everyone has missed. The reason for this hasty and temporary burial carried out by Joseph of Arimathea was because of the imminent arrival of the Sabbath and the Passover. The tomb they chose was one that happened to be “close at hand.” Mark implicitly agrees. He notes that it is late afternoon on the “day of Preparation” with the Sabbath drawing near (Mark 15:42). John further explains that this particular Sabbath was a double-Sabbath or “high day,” with the Passover also beginning at sunset (John 19:31; 18:28).

So, as I often tell my students, “thank God for Mark and John.” Mark does not elaborate the choice of the tomb but John makes it clear that this initial burial of Jesus by Joseph of Arimathea is a temporary and emergency burial of opportunity. That the tomb is new and unused meant that it could be used for a few hours, until the Sabbath and Passover holiday were past. This particular tomb is chosen because it just happened to be near, as John plainly explains. The idea that this temporary tomb belonged to Joseph of Arimathea makes no sense at all. What are the chances that he would just happen to have his own new family tomb conveniently located near the Place of the Skull, or Golgotha, where the Romans regularly crucified their victims? It is ludicrous even to imagine, but neither Mark nor John say anything of the sort.

Everyone has assumed Jesus is placed in Joseph’s own tomb because of two words added by Matthew in his editing of Mark, namely “he laid it [the body] in his ownnew tomb” (Matthew 27:60). Luke does not have this. And Mark and John are crystal clear as to why this tomb was chosen. This is an obvious interpolation by Matthew and it makes no sense in the context. A tomb that happened to be near the place of crucifixion, just outside the city gates, would not have belonged to Joseph. Matthew adds this phrase, as he often does, to try and make the action of Joseph a “fulfillment” of prophecy. This is one of the major characteristics of Matthew’s gospel, something he regularly does (see Matthew 1:22; 2:15; 8:17, etc.). So the idea that this temporary tomb belongedto Joseph was most likely added by Matthew for theological reasons. Matthew believes that the text in Isaiah 53 about the “Suffering Servant,” refers to Jesus (see Matthew 8:17 where he explicitly notes this). One of the details of that prophecy is that the slain “Servant” makes his grave “with a rich man” (Isaiah 53:9). Matthew seizes on this and suggests that the tomb must have belonged to Joseph of Arimathea–a “rich man.”

Taking what we learn from Mark and John we are in a position to make some clear sense of our core tradition. Jesus is hastily buried just before the Passover Sabbath. After all, what does one do with a corpse a few hours before the Passover Seder and how can it best be protected from predators? The new tomb, unused and possibly incomplete, that happened to be nearby, was a perfect temporary solution. The idea was that after the festival the full and proper rites of Jewish burial could be carried out and Jesus could be placed in a second tomb, as a permanent resting place.

In the Talpiot tomb discussions (see summary here, “In-Depth Reading on the Talpiot ‘Jesus Family’ Tomb.”) quite a few objectors have made the point that any Jesus tomb should be near the Church of the Holy Sepulchre, where Joseph of Armimathea had his tomb. I have no confidence that this site is the place of the crucifixion in the first place. I think it much more likely that the site was originally the tomb of John Hyrcanus, mentioned often by Josephus in this very area, just outside the 2nd Wall. It is here that Titus initiated his siege of Jerusalem in 70 CE, on the northwest of the city (Josephus, War 5.259-262). Hadrian turned the site into a Temple to Venus and that is where Helena, Constantine’s mother, located the tomb of Jesus.

Based on our core traditions of Mark and John we would expect that Jesus would have been respectfully reburied in another permanent tomb after the holy day–not in that initial temporary one.

It seems to me that the most likely possibility would be that Joseph of Arimathea provided the second tomb, as a permanent family place of burial, since he had asked for and obtained the right to bury Jesus. He had the means and the influence and it makes sense that if he bothered to go to Pilate to get the body he would have seen that Jesus’ body was placed in a proper and permanent place. What that means is that the core of the “empty tomb” story might have an element of history to it as we would expect the body to be moved from the temporary location once the Sabbath was past–and that is precisely what all four gospels report. When Mary Magdalene goes early Sunday morning, even before dawn, to anoint the body and prepare it for burial she finds the tomb already empty. She expresses the obvious: “They have taken away my Master and I do not know where they have laid him” (John 20:13), see “The Most Important Ten Verses of the Gospel of John.”  Even though all four gospels imply the “missing body” is evidence of Jesus having been raised from the dead, that is clearly a later theological overlay to the core tradition–that the tomb was found empty. Here we go with either history or theology. I think we have to assume that the burial process for which Joseph of Arimathea took legal responsibility he completed. Regardless of faith in Jesus resurrection, or more likely for the early community, his “exaltation” to heaven, Jesus’ corpse would have been reburied in a tomb somewhere else in Jerusalem. See “Why People are Confused about the Earliest Christian View of Resurrection of the Dead.”

A Tale of Two Tombs–Part One: The Tomb of the Shroud 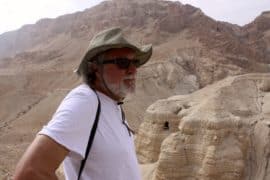 Registrations Open for our Exclusive March 2019 Tour of Israel
Reading Mark and John: Naming the Names and Jesus’ First Burial 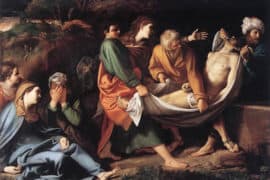