I have written several posts recently on the different Jesus traditions reflected in Mark, our earliest gospel, and John, our latest, namely on The Last Days of Jesus, A Wedding at Cana, The First Burial of Jesus, and Comparing our Earliest and Latest Sources. If you missed any of these and want to catch up you can just follow these links and come right back to this present post. This is complex material that I don’t know you will find anywhere else.

A Note to the Reader: To absorb this material you need to have a good translation of the New Testament (I recommend: ESV, NASB, RSV), a Gospel parallel volume (there are plenty of Synoptic parallel volumes but American Bible Society volume based on Aland’s magisterial work includes John, see Synopsis of the Four Gospels (RSV). This might be the most important single volume you can own if you are avidly interested in historical Jesus studies.

Today I want to take a close look at the proper names found in Mark and John respectively–in other words who do they mention by name in the course of their narratives? Who do they know in common and which names stand our as unique to their respective traditions? The answer is quite surprising, and I think supportive of what I have been arguing lately regarding the hasty and temporary “first” burial of Jesus and the empty tomb. 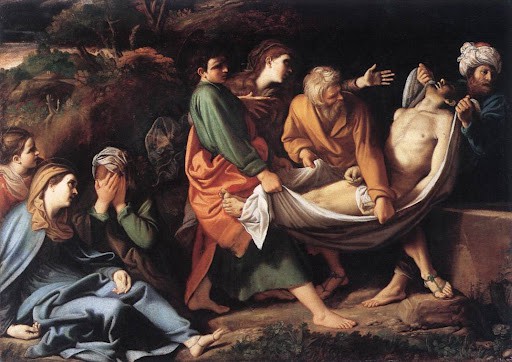 I have greatly profited from Richard Bauckham’s massive study, Jesus and the Eyewitnesses: The Gospels as Eyewitness Testimony(Eerdmans, 2006). For those who know my own work, and that of Bauckham, you know that Richard and I are on opposite poles of the earth when it comes to theological perspectives and outlooks, but we have always treated one another respectfully, even when we differ. I have benefited greatly from all his works, particularly, what I consider to be his masterpiece,Jude and the Relatives of Jesus in the Early Church.

Bauckham’s central thesis in the Eyewitnessbook is that our N.T. gospels are based on eyewitness testimony of those who personally encountered Jesus. I have serious reservations about his conclusions in this regard, though I am convinced that within our two main narrative sources (Mark and John), as well as the material scholars call Q (the “teachings” of Jesus that Matthew and Luke have in common not drawn from Mark),  are embedded some very early traditions, that is, material that is not simply created out of whole cloth as some type of theological fiction. In other words, we do have the kinds of sources that can allow us with some confidence to get at “the historical Jesus,” despite the theological and tendentious overlays of these individual authors.

What I think has to be factored in, however, are the sharp and diametrically opposing theological “camps” that were part and parcel of the first forty years of the movement, namely the views of Paul and those of James and Jesus’ original Jerusalem-based followers. In other words, the “products” we finally get in our gospels are wholly influenced by the triumph of Paul’s theology and perspective, his “Christ faith,” as Bousset, Reitzenstein, Baur, Bultmann, Schweitzer, Klausner, and others have called it. And the master narrative, really the “only” narrative, in the ears of most of us, is that of Luke’s account in Acts, that I take to be almost wholly contrary to what was actually going on in the Jerusalem based Jesus movement of the Nazarenes before Paul came along.  See my recent post, “Two Assumptions About Early Christianity.” Those issues I will argue more fully in my forthcoming book, Paul and Jesus. In this post I wanted to pick up on an aspect of Bauckham’s book, namely the carefully work he has done on the proper names mentioned in our gospel sources and what those name traditions might say for Mark and John as independent streams of Jesus tradition.

If we take the names mentioned in Mark and John, excluding public persons such as Herod or Pilate, and the names of the Twelve, we get the following very interesting lists for comparison:

Simon of Cyrene and his sons Alexander and Rufus (15:21)

I have put an asterisk (*) by the italicized names of Levi of Alphaeus in Mark, and Nathanael in John, as some traditions identify Levi as the apostle Matthew and Nathanael as Bartholomew, both of the Twelve. I have placed the names that they share in bold.

I want to draw out a number of observations about these two lists. First, In terms of the names themselves, notice the following sharp contrasts:

1. Mark mentions Jesus’ mother Mary and the names of his four brothers but never mentions his father Joseph.

2. John in contrast, never mentions the names of any of Jesus’ brothers nor that of his mother.

3. Mark knows nothing of the family of Lazarus and his two sisters, Martha and Mary, and he has the anointing of Jesus at Bethany done by an anonymous woman in the house of Simon the Leper.

4. John knows nothing of Simon the Leper and states that Mary of Bethany was the one who anointed Jesus.

5. Mark knows nothing of Nicodemus, involved in burial of Jesus, whom John gives a prominent role.

6. John knows nothing of Simon, father of Alexander and Rufus, carrying Jesus cross.

7.  Mark has a blind begger, Bartimus, healed by Jesus at Jericho and John knows no such person or story.

8. John says the man’s whose ear was cut off by Peter at the arrest of Jesus was named Malchus, something Mark does not know.

What stands out here I think is that Mark and John together have precious few names, and the names they have, other than the ones in bold, do not in any way correspond to one another. Clearly, Mark and John seem to be drawing upon different traditions, given the unique names that each knows, unknown or unmentioned by the other.

Also, the named individuals suddenly seem to cluster at the end of each gospel, in contrast to the opening chapters (Mark 1-9 and John 1-10).

In contrast, in terms of who was at the crucifixion scene, and involved in the burial, they suddenly agree on three names

Mary Magdalene, Joseph of Arimathea, and a mysterious “Mary” that Matthew calls “the other Mary,” whom Mark says was the mother of James and Joses, and John says was “of Clophas” (probably, but not certainly meaning “wife of”). I have argued elsewhere, on this blog and in my book, The Jesus Dynasty, that this “other Mary” is actually the motherof Jesus, re-married to Joseph’s brother Clophas after Joseph’s early death, but for my purposes here I will not go into this. My point is that in terms of namedindividuals Mark and John have an impressive agreement about this particular scenein the life of Jesus, and that the roles of the two Marys, and Joseph of Arimathea are crucial to each of them. This is all the more impressive in the light of the fact, as seen here, that they never share any other of these unique names in common.

I think this supports further the idea I have been discussing in this series of posts comparing Mark and John, that they reflect independent traditions, each drawing upon their separate sources, and here I agree with Bauckham, that eyewitness materials play a part in this process. Both the gospel of Mark and the gospel of John are wholly shaped by theological concerns, there is no doubting that. However, when it comes to these names, we seem to have various core stories, certain narrative frameworks, places and locations, chronological indications (especially in John), and a basic story flow that are not simply “constructed,” as if one is writing theological fiction.

The trick, of course, is to try to identify the theologically embellished material and separate it out from its underlying core. I think this can often be done, not perfectly, but with some degree of assurance. For example, we can be quite sure Jesus ate a last meal with his disciples, as both John and Mark report, but whether the words associated with the “bread” and the “wine” that Mark records are historical is quite questionable on many grounds.

I think we can be quite sure that Jesus was put in a temporary tomb after his crucifixion and that Joseph of Arimathea was involved in that burial, attended minimally by Mary Magdalene and Mary the mother of James and Joses, who I take to be Jesus’ mother.

In the same way I lean strongly toward accepting the “historicity” of the empty tomb narratives, at their core, with Jesus’ corpse moved to another location for permanent burial, while the accounts of the various “appearances,” first in Matthew, then greatly expanded by Luke and John, are closer to theological/apologetic testimony than history per se, as I discussed in my post “What Really Happened at Easter Morning?” The task of sorting through this material is perhaps more “art” than “science,” but it is not “unscientific,” in that it relies upon the critical methods historians use to evaluate any textual materials.

I find the unique names in Mark and John, with minimal exceptions of Joseph and the two Marys at the cross and burial, to be quite important in support of the position I hold that Mark and John offer us independent traditions and I am grateful to Bauckham for working all this out in the fashion he does in his book with some very detailed charts that include names in all four gospels.

Final Note to the Reader: If you find these names confusing in terms of who is related to Jesus and how please work through my post “Sorting out the Jesus Family: Mother, Fathers, Brothers and Sisters” as an introduction to some of the major issues and challenges of interpretation. 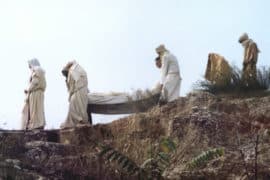 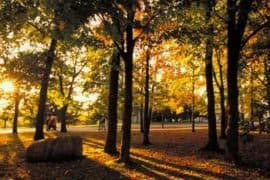