Many years ago a man from the BBC came to me and he asked me if the Dead Sea Scrolls will harm Christianity. I said to him that nothing can harm Christianity. The only thing which could be dangerous to Christianity would be to find a tomb with the sarcophagus or ossuary of Jesus – still containing his bones. And then I will surely hope that it will not be found in the territory of the State of Israel. –David Flusser [1]Quoted by Neil Silberman, The Hidden Scrolls (New York: Putnam, 1994), p. 129.

Has the tomb of Jesus been found? Here is my response to two influential critics whom I greatly respect but with whom I disagree: Does the Evidence Add Up? Although I have to agree with David Flusser that such a discovery would be controversial–I don’t think it poses any danger to Christianity or “resurrection” faith, at least as I understand the earliest development of this idea, see my analysis, Why People are Confused About the Earliest Christian Resurrection Faith.
If this whets your appetite, you can find the whole story here in what I consider to be my most important book–as it is about much more than the discovery of these tombs–but their implications for understanding earliest Christianity:

Jesus Died on a Thursday not a Friday
Was Jesus’ Last Supper a Passover Meal? 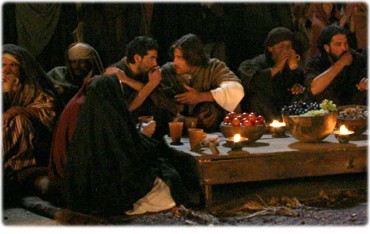