Matthew’s account of the birth of Jesus centers around a quotation from Isaiah 7:14. Let’s look at the verse as Matthew presents it:

Now the birth of Jesus Christ took place in this way. When his mother Mary had been betrothed to Joseph, before they came together she was found to be with child of the Holy Spirit; 19and her husband Joseph, being a just man and unwilling to put her to shame, resolved to divorce her quietly. 20But as he considered this, behold, an angel of the Lord appeared to him in a dream, saying, “Joseph, son of David, do not fear to take Mary your wife, for that which is conceived in her is of the Holy Spirit; 21she will bear a son, and you shall call his name Jesus, for he will save his people from their sins.” 22All this took place to fulfil what the Lord had spoken by the prophet: 23“Behold, a virgin shall conceive and bear a son, and his name shall be called Emmanuel” (which means, God with us). 24When Joseph woke from sleep, he did as the angel of the Lord commanded him; he took his wife, 25but knew her not until she had borne a son; and he called his name Jesus (Mathew 1:18-25).

I have no doubt that the author of Matthew believed that Mary miraculously became pregnant without being involved with any man. That much is clear. But his account does not explicitly rule out a biological father, it simply says “she was found to be pregnant “from the Holy Spirit.” In other words, as the narrative begins, Joseph discovers her pregnancy. The phrase in Greek could be taken to mean by the agency of the Holy Spirit—in other words, that the pregnancy was divinely intended.

To be clear, I don’t think that Matthew held that view, but the language echoes some of the other accounts of other divinely engendered pregnancies in the Hebrew Bible. Yahweh tells Abraham and Sarah, who are childless, “At the appointed time I will return to you, in the spring, and Sarah shall have a son” (Genesis 18:14). A year later we read, rather mysteriously, “Yahweh visited Sarah as He had said, and Yahweh did to Sarah as He had promised. And Sarah conceived and bore Abraham a son” (Genesis 21:12). Samson’s birth is even more mysterious. The angel of Yahweh (Hebrew mal’ak–which often in these texts is an epiphany of Yahweh himself) appears to his mother–who is not named–and tells her “You will conceive and bear a son” (Judges 13:3). Her husband Manoah, is then visited by the same divine Messenger, who confirms the forthcoming pregnancy. Manoah offers a sacrifice to Yahweh “who works wonders.” The text then simply says, “And the woman bore a son and called his name Samson” (1 Samuel 13:24). Presumably, Manoah is the father, but that is not explicitly stated.

In Matthew’s story he quotes a text from Isaiah 7:14 that he believes echoes or even predicts Mary’s pregnancy:

Behold, a virgin shall conceive and bear a son, and his name shall be called Immanuel” (which means, God with us).” 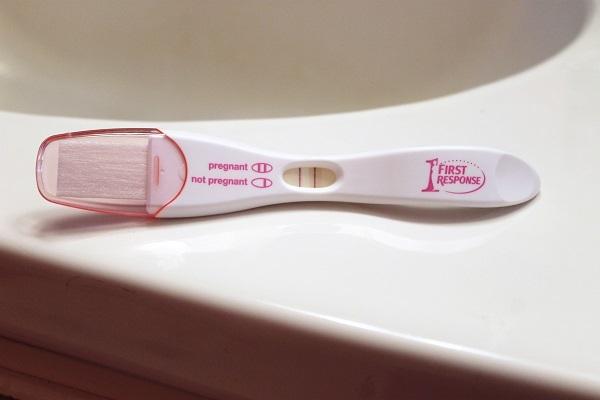 Matthew uses the Greek word parthenos, here translated “virgin,” relying on the Greek translation of Isaiah. However, the original Hebrew word in Isaiah is ‘almah which is better translated as “young woman.” The Hebrew word clearly refers to a young girl or maiden, as the feminine form of ‘elem, which means a “young man” (See Genesis 24:33; When the Revised Standard Version was published in 1952 the translators dared to change the traditional King James Version, which had “virgin”in Isaiah 7:14 to “young woman.” The uproar that resulted was fierce. There were calls by fundamentalist Christian preachers to conduct public “book burnings” of copies of the Revised Standard Version as the “devil’s translation.” Opponents were certain these “liberal” scholars changed the inspired word of God in order to undermine faith in the Virgin Birth of Jesus–thus throwing doubt on the Incarnation itself. Of course the translators were only trying to be accurate and it was the King James Version that was departing from the original Hebrew text–whether one thinks Isaiah is “inspired” by God or not–it says what it says. Our oldest copy, found in Cave 1 north of Qumran with the other Dead Sea Scrolls, has ‘almah as one would expect. At that point marketing comes into play. Publishers want their books to sell–and that includes Bible translations. Of course, ironically, usually such “bans” only increase sales.

To this day the Revised Standard Version and other modern translations that have “young woman” rather than “virgin,” have a little footnote, “Or virgin.” That way Christian readers can breathe easy, thinking at least “virgin” it is a good possible alternative translation–which it is. However, the implications these Christians draw from such a translation is incorrect. It has nothing to do with a young woman, or virgin, becoming pregnant without a man–but rather a “wondrous” pregnancy that is orchestrated by the power of God. In that sense only is it “beyond the natural.”

In fact, this whole controversy over these alternative translations turns out to be moot.  Whether one renders ‘almah as “virgin” or “young woman” the meaning is essentially the same–that a young girl who has not had sexual intercourse will in fact get pregnant–not that she will get pregnant without sexual intercourse. That much is incontrovertable in the Isaiah passage. All “young women” are not virgins but the assumption, in such a context, is that this one will be, because of her age.

Anyone reading Isaiah 7:14 in context would realize it is talking about the divinely sanctioned birth of a normal child in Isaiah’s time to a young woman of that time–the 7th century BC. This birth was to be a sign to Ahaz, the king of Judah, that despite the threats of the Assyrians, poised in the north to conquer Jerusalem, God would be with his people (“Immanuel”) and protect them.

But what few seem to notice is that in the very next chapter of Isaiah this child of promise, who is to be a sign that God was with Jerusalem, was conceived! Isaiah takes an unnamed prophetess, impregnates her, and fulfills this specific sign with the birth of his son (Isaiah 8:1-4). The text is clearly talking about Isaiah’s special child—born as a sign. The term “Immanuel” is then used two times in that chapter for this child—since this special birth means that the Assyrians and their allies will not be allowed to lay siege to Jerusalem (Isaiah 8:8-10)–which they did not. By the time the child reaches the age of moral accountability, the Assyrians will have returned to their land. Isaiah explicitly says, in that chapter, that his children are “signs and portents” for Israel (Isaiah 8:18).

In Hebrew culture of this time the “age of accountability” is twenty years old (Deuteronomy 1:39). You can read about the remarkable and unexpected collapse of their army in 2 Kings 19:35-37–where their destruction is attributed to an angel. The Greek historian Herodotus attributes their defeat to a plague spread by field mice! (History 2. 141). Some have thought the two accounts might reflect the same panic, but with different descriptions of causation.

The idea then is not that a “young woman” will bear a child without a human father, but rather that a special child will be born, and that birth will be a sign of salvation for the people. We can assume Mary is in fact a virgin when she becomes pregnant—as she is probably only fourteen or younger—but that would be true of any virtuous young woman of her age who becomes pregnant. Contrary to later Christian Orthodoxy, she does not remain a virgin, since she is a married woman who has at least eight children–five sons and at least three daughters (Mark 6:3; Matthew 13:56). And this would not include any children who died in infancy–which in that time might be 1-2 in a family of ten. Matthew makes that clear. He explicitly states that after the birth of Jesus, Joseph begins marital relations with Mary, but not before (Matthew 1:25). 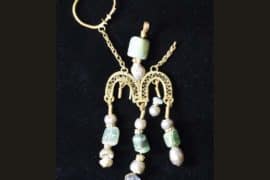