Back in 2015 I published a piece in the Huffington Post dealing with what I consider to be reasonably strong evidence for a “married Jesus” and within hours it drew thousands of responses and hundreds of comments–positive, negative, and even threatening and denunciatory.  Clearly this is a topic that generates more heat than light–both then and now. The vast majority of my colleagues would take the same position I took for the first 30 years of my career–namely that there is no evidence for a married Jesus in our early sources. A few years ago I decided to reexamine the evidence and surprised myself. I have become completely open to the idea of a married Jesus to the point I would say I have changed my mind. The same kind of evolution has happened with a few colleagues, including Birger Pearson, whose judgment I greatly respect. [1]There have also been a few scholars, influenced by some of the later gospel traditions (particularly the Gospel of Mary and the Gospel of Philip), who have argued that Jesus’ relationship with … Continue reading Here, in a four part series, I offer my analysis of the source materials we have as I now view them. I hope this series might help readers to at least be familiar with all the evidence and have more of a basis for making a reasoned judgment on the matter should they choose to do so. Like others I could say, “Does it really matter,” and I would say yes and no. In some ways Jesus is Jesus, whether married, sexual, or celibate, but if in fact Mary Magdalene’s prominent position in his life has been muted by a dominant Christian orthodoxy, and Jesus has been cast as a non-sexual male in the interest of a misplaced sense of purity and holiness–such as we encounter often in early Christian texts–then I think it does matter. Recovering Jesus as he was or might have been as a Jewish male of his time is surely part of the “Quest’ for the historical Jesus.

There’s Something About Mary…Magdalene (Part 1)

There’s Something About Mary…Magdalene (Part 2)

There’s Something About Mary…Magdalene (Part 3)

There’s Something About Mary…Magdalene (Part 4) 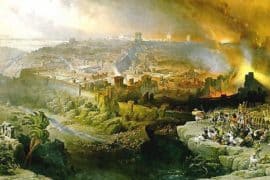 The Fading Fifth Month of Av in Jewish History and Tradition
A Conversation with Colleagues: What Do We Know About Jesus? 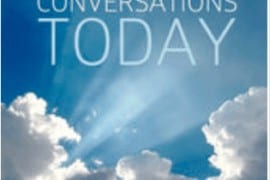