In early Christian tradition outside the New Testament Mary Magdalene’s profile is elaborated considerably, she is prominent among the followers of Jesus, she speaks boldly and is often in open conflict with the male disciples, she is an intimate companion of Jesus and he praises her for her superior spiritual understanding and defends her against the criticism of the other apostles who are jealous of her role and standing. 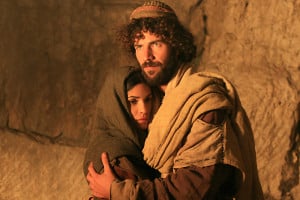 We have seen how Mary Magdalene, and in some case her female entourage, are portrayed as “first witness” to Jesus’ empty tomb and given the commission to tell the male disciples he is risen in our New Testament gospels. In Mark the women flee from the tomb and say nothing to anyone (Mark 16:9). In Luke they report to the Eleven remaining apostles but their testimony is considered an “idle tale” (Luke 24:11). In Matthew, as the women flee the tomb they meet Jesus, grab hold of his feet, and worship him, and he directs them to tell the male apostles he will meet them in Galilee (Matthew 28:9-10). Finally in John, Mary goes alone to the tomb and has her personal encounter and exchange with Jesus, thus becoming the singular first witness to Jesus raised from the dead and ascending to heaven (John 20:11-18).

Outside the New Testament there are a dozen or so ancient texts, most of them discovered in the last hundred years, that present an alternative “lost” portrait of Mary Magdalene and her role as Jesus’ female apostle extraordinaire—quite literally the apostle of the apostles and the successor to Jesus. Five of them were discovered in Egypt in 1945, buried in a jar in a field outside a village called Nag Hammadi.  These texts are:  The Gospel of Thomas, The Dialogue of the Savior, The First Apocalypse of James, The Gospel of Philip, and The Sophia of Jesus Christ. The others, including Pistis Sophia, The Gospel of Mary, and the Acts of Philip, have turned up in various places, whether on the antiquities market, an archaeological dig, or lost or forgotten in ancient libraries. In these texts Mary Magdalene is Jesus’ intimate confidant and companion, one who possesses unparalleled spiritual insights that she received directly from him. She is praised, but also at times opposed—especially by Peter, leader of the male apostles, who is threatened by her position and status based on her special relationship with Jesus. These texts originate outside the mainstream, that is, the male dominated form of orthodox Christianity that began to take hold and triumph down to the time of Constantine, the first Christian emperor (c. 325 CE). The canonical New Testament, with its twenty-seven approved documents were increasingly seen to be the only authorized texts, inspired by God, while these other sacred texts were marginalized, declared heretical, and eventually lost and forgotten. They are witness to the diverse mix of “Christianities” that were developing in the 2nd and 3rd centuries CE before a more singular orthodoxy, backed by Christian councils and creeds, took center stage.

Professor Schaberg has constructed a working profile of Mary Magdalene from these texts, isolating the major elements. She is prominent among the followers of Jesus, she speaks boldly and is often in open conflict with the male disciples, she is an intimate companion of Jesus and he praises her for her superior spiritual understanding and defends her.[i]

Each of these texts contains an assortment of these elements but one in particular, The Gospel of Mary, has them all. This is an extraordinary text. Before there were only gospels of men but now we have a gospel of a woman—not just any woman—Mary Magdalene. A fragmentary copy of The Gospel of Mary was purchased in Cairo in 1896. It is written in Coptic but was likely translated from a Greek original. It dates to the early 2nd century.[ii] In this text Mary Magdalene is a beloved disciple of Jesus, taking center stage in leading the apostles and encouraging them. Peter is jealous of her, but admits her status as one closer to Jesus than anyone else, and more important, one who received revelations that the male disciples were not privy to:

Peter said to Mary: “Sister we know the savior loved you more than any other woman. Tell us the words of the savior that you remember, which you know but we do not, because we have not heard them.” Mary answered and said, “What is hidden from you I shall reveal to you” (Gospel of Mary 10).[iii]

As she begins to recount her visionary message both Peter and his brother Andrew express doubts about her veracity and question her authority. Peter objects:

Did he really speak with a woman in private without our knowledge? Should we all turn and listen to her? Did he prefer her to us? (Gospel of Mary 18).

Levi, who is better known as Matthew in the New Testament, defends her and rebukes Peter:

If the savior made her worthy, who are you to reject her? Surely the savior knows her well. That is why he has loved her more than us (Gospel of Mary 18).

The message Mary reveals, in this and many of these other texts, has been characterized as Gnostic, but most scholars consider the term to be less than helpful in characterizing the Christian groups reflected in these texts with their alternative versions of Christianity. It tends to lump them together as a monolithic whole.[iv] In my analysis I am not so much interested in the content as the framework of the profile of Mary Magdalene and her prominent status alongside Jesus.

The Gospel of Philip is a beautifully written “gnostic” sermon by the followers of the brilliant 2nd century early Christian mystic and teacher, Valentinus. Some have even suggested he is the author of the text. It only refers to Mary Magdalene twice, but both passages are noteworthy:

Three women walked with the master: Mary his mother, [his] sister, and Mary Magdalene, who is called his companion. For “Mary” is the name of his sister, his mother, and his companion (Gospel of Philip 59:6-10).

The companion of the [savior] is Mary Magdalene. The [savior loved] her more than [all] the disciples, [and he] kissed her often on her [mouth]. The other [disciples] said to him, Why do you love her more than all of us? (Gospel of Philip 63:32-64, 9).

The word translated “companion” means his partner or consort. There is a worm hole in the papyrus right at the point where it says Jesus used to kiss Mary often on the …? Most scholars have restored this to “mouth.”  Whether this relationship between the two involved sexual intimacy or not, scholars have debated, but given what we know of Valentinian ideas it most likely did. It was considered a “sacred union,” but it was nonetheless carried out through the vehicle of the body.[v]

Pistis Sophia contains a series of questions asked of Jesus, and Mary Magdalene has the most prominent role among the disciples. She asks thirty-nine of the forty-six questions and offers elegant teachings about the nature of life in the world.  Jesus extravagantly praises her:

Blessed Mary, you whom I shall complete with all the mysteries on high, speak openly, for you are one whose heart is set on heaven’s kingdom more than all your brothers (Pistis Sophis 18).

Peter complains about her, telling Jesus “we cannot endure this woman,” but Jesus praises her pure spiritual insights and declares her the most blessed of all women.

Scholars who work on these texts generally do not take the prominent and privileged portrait of Mary Magdalene reflected therein unmediated history. Clearly the accounts themselves have been embellished and elaborated for theological reasons. However, it is generally agreed that since she becomes the vehicle for these alternative forms of emerging Christianity her special role in the life of the historical Jesus, more muted in our New Testament gospels, was not a fictional creation lacking any basis whatsoever. Many of them come from the 2nd century CE and are accordingly not so far removed from the earlier Christian oral tradition.

Mary Magdalene and the Talpiot Tombs

We live in an age of the rediscovery of long lost texts and ancient manuscripts that are adding immensely to our understanding of early Christianity. Along with the exposure of the archaeology of ancient Jerusalem, we truly stand on new ground as we seek to evaluate the evidence found in the Talpiot tombs, especially with regard to Mariamene Mara and her role in Jesus’ life and family.

Given the collective evidence, and particularly the unique tradition that the gospel of John adds to the core story of Mary Magdalene from Mark and Matthew, it seems entirely plausible that the enigmatic figure of Mary Magdalene as first witness to Jesus’ resurrection can be seen alongside that of “Mary of Bethany,” and the unnamed woman who anoints Jesus’ head as well as his feet and dries them with her hair. These are acts of intimacy, as is the preparation of his body for burial, that seem most appropriate for a wife. The fact that her first impulse on seeing Jesus resurrected was to touch him, further suggest the intimate relationship between them.  Taken together, these texts along with the later 2nd century “gnostic” ones, provide us with a broader context in which the evidence from the Talpiot tombs can be read in a new light. Jesus may very well have been married and had a son named Judah, and to reject this tomb as that of Jesus of Nazareth on the grounds that he could not have been, is based on traditional bias and misguided criteria.

The position of Mary of Bethany in the gospel of John also offers a new interpretive possibility for the names in the Talpiot tomb. If the traditions about her and about Mary Magdalene are confused, as they seem to be in the New Testament gospels, then Mary Magdalene might well have had a sister named Martha. Some scholars have read the Mariamene Mara ossuary inscription as Mariam and Mara—referring to two women named Mary and Martha. I am convinced otherwise, namely that Mara is more likely a title of honor for Mariamene, but having these two sisters, “Mary and Martha,” buried together in a single ossuary, one the mother of Jesus’ son, the other her unmarried sister, would also fit closely with the thesis that the Talpiot Jesus tomb is the family tomb of Jesus.

[ii] Karen L. King, The Gospel of Mary of Magdala: Jesus and the First Woman Apostle (Santa Rosa, CA: Polebridge Press, 2003) is the most thorough study of this text with a full introduction and translation. Since the discovery of the Coptic manuscript two additional fragments in Greek have turned up. King includes them as well in her analysis.

[iii] Translations of these Mary Magdalene related texts that of Marvin Meyer, The Gospels of Mary: The Secret Tradition of Mary Magdalene the Companion of Jesus (New York: Harper SanFrancisco, 2004). 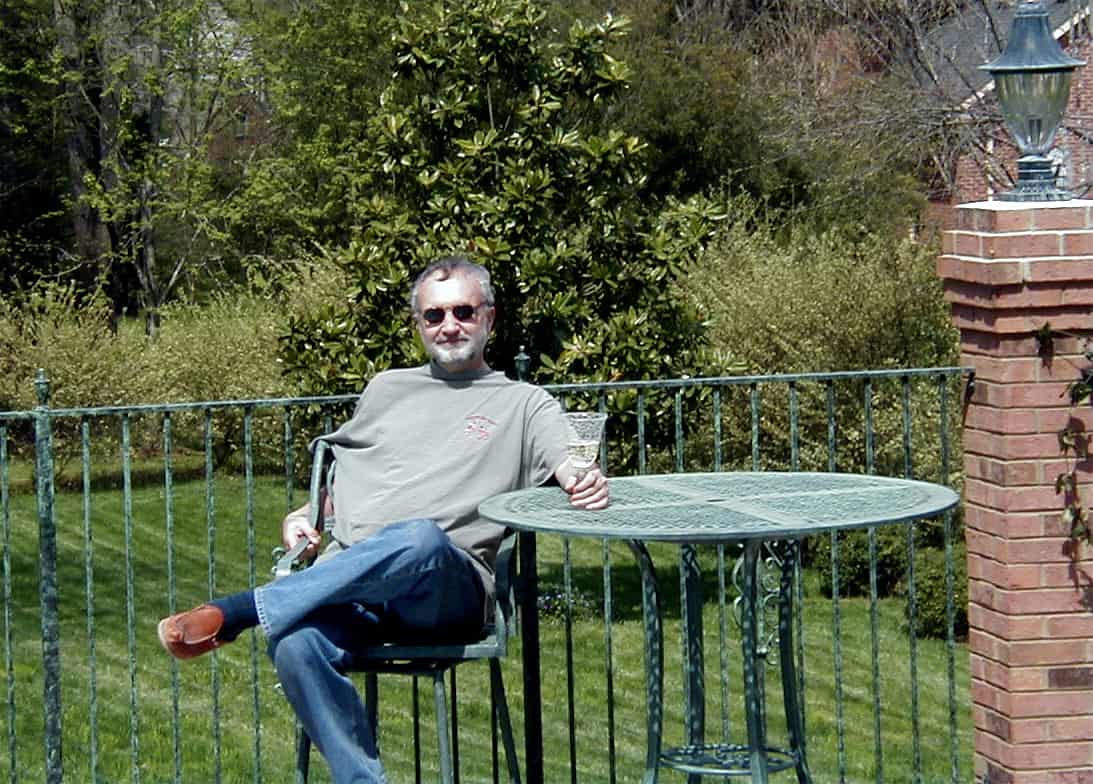