What kind of a Jew was Jesus?

I think this might be one of the most frequent questions I get from general audiences over the years. I am encouraged. At least one finds there is more and more a general acknowledgement, if not an understanding, that the historical figure of Jesus was a born, lived, and died as a Jew. That was his religion, that was his faith. But what kind of Jew was he? Can he be further categorized or pigeonholed?

More often than not the questioner has in mind something even more specific–was Jesus an Essene, a Pharisee, a Zealot, or some other kind of Jew of that time? All three have been argued but the question that I think most of the queries center on most often was whether or not Jesus was an “Essene,” or to put it another way–what might have been his relationship, if any, to the group that wrote the Dead Sea Scrolls? Whether one wants to use the label “Essene” depends on whether one equates the group know to us from Classical sources (Pliny, Josephus, Philo) as the “Essenes” with the sect that produced the Scrolls. And connected to this is a further question–what about the site of Qumran? 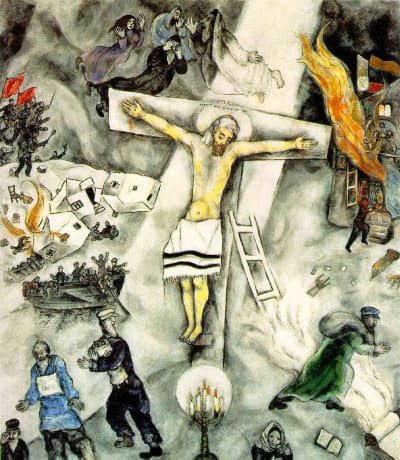 1. Are the scrolls connected to the site of Qumran and its inhabitants from the 2nd century BCE down through the 1st century CE?
2. Is the group that wrote the scrolls the one known to us in Classical sources by the name “Essene”?

I would say yes–absolutely, to each question, despite those who have argued, even recently, to the contrary. But that really does not get us very far since it all depends on what one means by “Essenes” in the first place. A quietest, pacifist, non-nationalistic, Pythagorian-like group they certainly were not, but we have the Scrolls, more than Philo, Josephus, or Pliny to thank for that understanding. Rather than quibble over labels such as Essene what we need to do is simply read the book–which in this case means the books–namely the Scrolls themselves! Their self-descriptions surely carry more weight than our disputes about names and labels.

If you read the basic Classical sources, namely Josephus, Antiquities of the Jews 13 & 18; Jewish War 2; Philo, Every Good Man is Free 75-91; Hypothetica 11; Pliny Natural History 5, the parallels between the Qumran sect and the “Essenes” as they are therein described are overwhelming. I lean very strongly toward the view that the Greek word ’essaioi or ’ossaioi= the Hebrew ‘ossim, meaning the “Doers,” referring to the ‘ossim haTorah, that is the “Doers of the Torah (1QpHab 8:1). It is most interesting that Paul uses this very phrase in Romans 2, as does James in his letter, chapter 2.

The Qumran group considered as apostate those they called the “Seekers of smooth things” (haChalqot), taken from Dan 11:32. In other words those who gave a “light” interpretation of Torah, such as their rivals the Pharisees in particular, and in some cases the Sadducees as well.

But what about Jesus and his followers? Surprisingly, as strict as the Qumran community was about matters of “Doing the Torah,” there are some rather amazing parallels in comparing some of their basic conceptual ideas with those of  the “Jesus movement.”I sometimes say to my students:

The Jesus movement can best be described as a radical, nationalistic, anti-religious establishment, messianic, apocalyptic, baptizing, new covenant, wilderness-way movement–and that is precisely how the community behind the Dead Sea Scrolls can be described as well!

Here are the main parallel themes and emphases within both groups that I consider to be most significant. The quotations are from the Community Rule (1QS), the Damascus Document (CD), and some fragments from cave 4 (4Q), with parallels noted in the classical sources of Josephus and Philo as referenced above.

1) Apocalyptic: “This the time for the preparation of the way into the wilderness” (1QS 9) “From the day of the gathering in of the Teacher of the Community until the end of all the men of war who deserted to the Liar there shall pass about 40 years” (CD(B) 2). Both John and Jesus began their preaching by declaring that “The time is at hand,” and “the kingdom of God has drawn near” (Luke 3:7-9, Mark 1:14-15).

2) Prepare the Way in the Wilderness: “They shall separate from the habitation of unjust men and shall go into the wilderness to prepare there the way of Him” (1QS 8). John the Baptizer characterizes his work with the same text from Isaiah 40:3 and Jesus, being baptized by John, identified with the same set of ideas (Mark 1:14-15).

3) Messianic in Hope and Orientation: “They shall be ruled by the primitive precepts in which the men of the Community were first instructed until there shall come the Prophet and the Messiahs of Aaron and Israel” (1QS 9). These expectations appear to be at the core of the Jesus movement as well, regarding the identity of both John the Baptist and Jesus as Prophet, Priest, or Davidic King? (Mark 8:27-30; John 1:19-23).

4) Community of the New Covenant: “None of the men who enter the New Covenant in the land of Damascus and betray it shall be inscribed in its Book from the day of the gathering in of the Teacher of the Community until the coming of the Messiah(s) of Aaron and Israel” (CD 8). Jesus understood his own inauguration of the kingdom of God as ushering in the “new covenant” (Luke 22:20).

5) Water Initiation for spiritual purification: “And when his flesh is sprinkled with purifying water and sanctified by cleansing water, it shall be made clean by the humble submission of his soul to all the precepts of God” (1QS 3) “They shall not enter the water to partake of the pure Meal of the saints unless they turn from their wickedness” (1 QS 5) (Josephus). Both John and Jesus practiced immersion in water as a sign of repentance and remission of sins (Mark 1:4; John 3:22-26).

6) Spiritual Temple is the Community: “He has commanded that a Sanctuary of men be built for Himself, that there they may send up, like the smoke of incense, the works of the Torah” (4Q174) “They shall atone for sins without the flesh of holocausts and the fat of sacrifice and prayer shall be an acceptable fragrance of righteousness” (1QS 9) (Josephus, Philo). Jesus quoted Hosea 6:6 more frequently than any other text of the Prophets: “I desire loving kindness not sacrifice.”

7) Communal Sharing of Property and Wealth: “All those who freely devote themselves to His truth shall bring all their knowledge, powers and possessions into the Community of God” (1QS 1) (Josephus, Philo). Jesus told his followers to “sell what they had” and come follow and the early movement seemed to practice a form of communal living, at least in Jerusalem (Luke 12:33; Mark 10:28-31; Acts 2:47-47)

8) Meals of Bread and Wine Anticipating the Messianic Banquet. “And then the Messiah of Israel shall come and the chiefs of the clans of Israel shall sit before him. . . and they shall gather at the common table to eat (the first fruits of the bread) and drink new wine” (1QSa 2). Jesus promised his “chiefs,” the Twelve apostles, who were to be over the clans of Israel, a place at his table to eat and drink when the Kingdom arrived (Luke 22:29-30).

9) Forbidding of Divorce: Fornication is “taking a second wife while the first is alive, whereas the principle of creation is ‘male and female’ he created them.” Two not three or more…(CD 4:20). Jesus quoted the same texts for the same point (Mark 10:1-12).

One could point out any number of additional parallels here and there. The Dead Sea community was ruled by a Council of Twelve and Jesus, of course, chose Twelve to be his Apostles. The Teacher had an inner council of three, and Jesus again, chose three–Peter, James, and John to be his inner circle.

What makes these motifs all the more noteworthy is that they are characteristic tags of identity, that is matters that define the entire essence and orientation of a group, not peripheral details. And further, as far as we know, neither the Pharisees nor the Sadducess shared a single one of these characteristics.

From this material alone I think we can say that Jesus and his movement fit best against the background or the kind of apocalyptic/messianic Judaism that we see reflected in the Scrolls. But that is not to say that Jesus or his followers were “card carrying” members of the Essenes. I rather think they were not. There are also sharp and strong differences. The Essenes, at least as we know them in the Scrolls, would have likely considered Jesus a teacher of “smooth things.” His relations with women, Gentiles, even Roman soldiers, and his attitude toward Sabbath observance and ritual purity, as well as other Halachic matters would have seen to them as lax and lacking. I do not think that he violated such things with a “high hand,” but that he interpreted the Torah on the principle that “Laws are for people, not people for laws.” One good example is the Scrolls forbid helping an animal that has fallen into a pit or well on the Sabbath day, whereas Jesus, agreeing with the Pharisees, asks, “Which of you would not help such a creature on the Sabbath?” (CD 11; Luke 14:1-6).

One other factor to keep in mind in doing any comparisons between the Dead Sea scroll group and Jesus and his movement is chronology. The Qumran community flourished in the generation before Jesus (1st century BCE) but over the next 100 years their apocalyptic hopes, dreams, and expectations failed to materialize, even though the group continued. See my article “Dead Messiahs Who Don’t Return” for some of the major texts showing this disappointment and how they tried to maintain their faith. Who is to say that all those even loosely associated with this group, a generation or two after the death of their founding “Teacher,” would have maintained that original strictness in terms of observing the Torah? I think it likely that scores of “Essenes” and “Essene types” or sympathizers were drawn to John the Baptizer, Jesus and James. That is why I am so fond of Robert Eisenman’s designation: “The Messianic movement in Palestine” to describe the variety of nationalistic, messianic,  apocalyptic, “Doers of the Torah,”during this period.  Eisenman insists we should not get caught up on labels and modern disputes about who calls whom what. What links the groups is the language, the core ideas, the vocabulary, and the key concepts they shared. This is Eisenman’s great and under-appreciated contribution to the discussion of “Jesus and the Dead Sea Scrolls.” [1]Of Eisenman’s many important works in this area I would mention here James the Brother of Jesus, The New Testament Code, The Dead Sea Scrolls and the First Christians,  and a recently edited … Continue reading Clearly, for those of us who see Jesus squarely within the contexts of this broader messianic movement that thrived in late 2nd Temple times, the Dead Sea Scrolls remain the most important parallel we have to the historical Jesus–and to John the Baptist and James his brother for that matter. 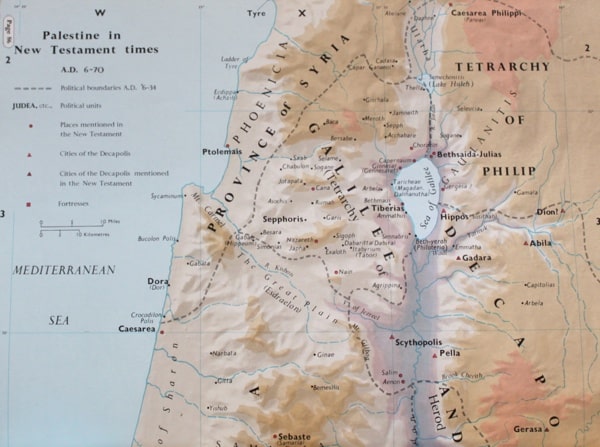 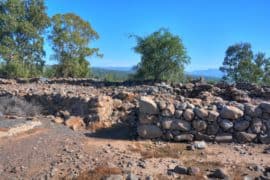