For many years I have been interested in the controversial question of whether Christopher Columbus might have been Jewish–and thus functioning in the Spanish Court as a converso or “secret” Jew. It is surely not without significance that August 2, 1492 was the 9th of Av (Tisha b’Av) on the Jewish calendar, a day of fasting and mourning for the destructions of the two Jewish Temples by the Babylonians and the Romans respectively in 586 BCE and 70 CE (Zechariah 8:19; Josephus, Jewish War 6.268). This fateful date was chosen by King Ferdinand and Queen Isabella for the Expulsion of the Jews from Spain. This 1991 article from Moment magazine is one of the more comprehensive discussions of the subject. 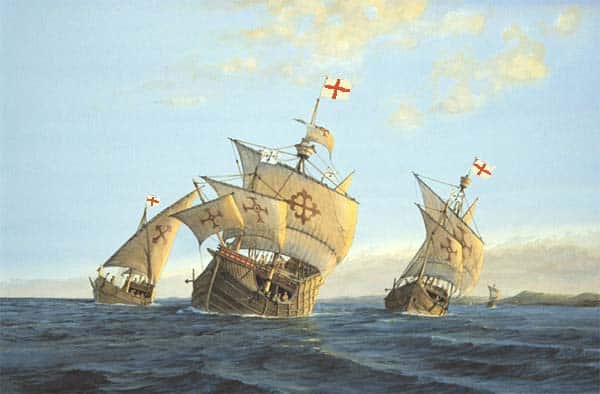 On August 3,1492, Christopher Columbus set sail for India, searching for a new route to the Orient. But unlike most ship captains, he did not permit his sailors one last night carousing on the town before their long journey into the unknown. Atypically, Columbus demanded that all crew members board his three ships by 11:00 P.M., the day before sail­ing—on August 2. It just so happens that after midnight on August 2, it became illegal for a Jew to remain on Spanish soil. By order of King Ferdinand and Queen Isabella, the Spanish expulsion of the Jews began one hour after Columbus ordered his men to be on board—the day before sailing. A coincidence? Perhaps. But those who be­lieve that Columbus—and members of his crew—were Jew­ish believe there was “method in his madness.” He took no chances. He was out by the deadline. So was his crew. Was Columbus ajew—or a descendent of Jews—search­ing not for treasures from the Orient to fill Spanish royal offers but for a safe haven in which his coreligionists could live? Some say he even expected to meet up with the 10 lost tribes of Israel, who had reportedly fled east to India and the Orient. Newton Frohlich, “Was the Discoverer of America A Jew?” Moment, December, 1991

You can read the full article with color illustrations here. Thanks to Moment magazine for making this article available again. 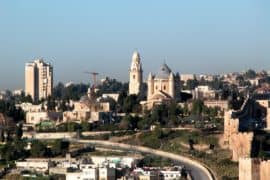 Mt Zion from the South
Do You Believe Jesus Was the “Son of God”? 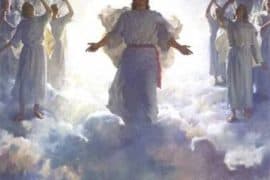