January seems to be the month for a host of retrospective TV documentaries and specials looking back on the disasterous events outside of Waco, Texas during the 51 day siege of the Branch Davidian Mt Carmel Center in 1993. As a result David Koresh and 80 of his followers died, as well as  four BATF agents. I was directly involved in trying to facilitate a peaceful solution to the standoff–working with Dr Phil Arnold and outstanding criminal defense lawyer Dick DeGuerin.

CBS and ABC have already aired their two hour specials, both of which I found to be sorely lacking in both content and objectivity. I am told CNN has something in the works, as does NBC, so between now and April 19th, the anniversary of the fire, several more programs will no doubt appear.

I am most hopeful about Paramount Networks “Waco” six-part scripted series that began Last Wednesday (Jan 24th), starring Taylor Kitsch as David Koresh and Michael Shannon as FBI negotiator Gary Noesner. I even have a composite character in this one, “Dr. Arnold Tabor” (combining my work with that of Dr. Philip Arnold). Based on the first episode this remarkable series really does a good job in telling things as they were. Several survivors of the tragedy have said watching it gives one an uncanny feeling of going back in time. Taylor Kitsch has truly mastered the complex character of David Koresh. You can see clips, trailers, and interviews at the Paramount TV web site here and watch any episodes you miss live via the Paramount Network with on the web or with their app.

There are also short documentary style followups to each episode, where the real characters in the show are interviewed, including me and Arnold, on Youtube, see here.

Last night (Jan 29th) the first two-hour segment of A&E’s  “Madman or Messiah,” produced by the British company RAW.tv aired. The second part is tonight at 9pm EST. So far it is miles ahead of the CBS and ABC specials that simply wanted to paint David Koresh and his devoted followers are another crazy, deluded, suicide cult like that of Jim Jones or Charles Manson.

I included a segment on Waco in a course I taught last semester and I learned that only about 5 students out of 70 even recognized the name or the event: Waco, David Koresh, Branch Davidian. Clearly, after 25 years, memories are fading and the “crazy cult” billing seems to have almost won the day.

Whether you remember Waco well, vaguely, or have never heard of it, here are some “essential” easily accessed materials to get you up to speed–all on-line.

Chapter 1 of my book, Why Waco? titled “What Might Have Been” that offers an overview of what happened and how it could have been avoided. For those who have not read the book itself I recommend it as the most comprehensive treatment of the tragedy, its causes, and how it might be avoided in the future.

Malcom Gladwell’s insightful New Yorker  article on Waco that clearly pinpoints what went wrong, why, and how it might have been different, see “Sacred and Profane.”

Ten Neglected Points on the Waco Tragedy highlights what so many overlook in their retrospectives on the events of 1993.

The “Last Words of David Koresh,” an MP3 audio I produced based on Koresh’s final exchanges with the FBI just before the Tank and Gas attack on April 19th. It is a large file but here is a Dropbox link anyone can access here. 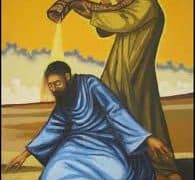 The Making of a Messiah 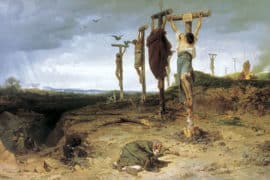 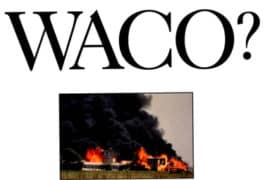 Looking Back on Waco 1993–The Branch Davidian Tragedy Revisited 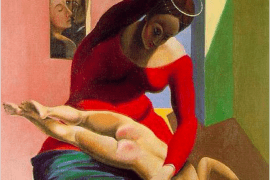 Spanking Children: The Bible Tells Me So–or Maybe Not?
The Quest for the Historical Paul: Sources, Presuppositions, and Method Are Everything 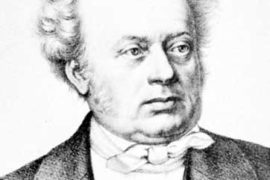