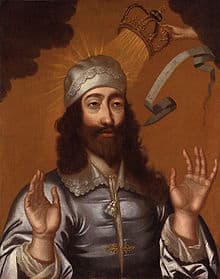 Let every person be subject to the governing authorities. For there is no authority except from God, and those that exist have been instituted by God. Therefore whoever resists the authorities resists what God has appointed, and those who resist will incur judgment. For rulers are not a terror to good conduct, but to bad. Would you have no fear of the one who is in authority? Then do what is good, and you will receive his approval, for he is God’s servant for your good. But if you do wrong, be afraid, for he does not bear the sword in vain. For he is the servant of God, an avenger who carries out God’s wrath on the wrongdoer. Romans 13:1-4

Be subject for the Lord’s sake to every human institution, whether it be to the emperor as supreme, or to governors as sent by him to punish those who do evil and to praise those who do good. Honor everyone. Love the brotherhood. Fear God. Honor the emperor. (1 Peter 2:13-17)

These verses have been used for centuries by kings, rulers, and governments to support the notion of the “divine right of kings” Paul wrote his instructions during the reign of the infamous Roman Emperor Nero (54-68 CE), whose notorious abuses of power and extravagance, though sometimes exaggerated, are well documented–including the murder of his mother and other family members. As with Paul’s instructions about women being subject to men and slaves obeying their masters Paul’s emphasis is upon societal good order in the expectation of an imminent apocalyptic intervention in which all wrongs would be righted, all abuses justly punished, with the “form of the world” passing away. Since such a transformation never arrived their appropriation by subsequent Christian rulers and “Emperors” who wreaked untold evil on their subjects is all the more ironic.

In sharp contrast we have the post-Enlightenment principle articulated by Thomas Jefferson in the “Declaration of Independence” of the United States that asserts the governments derive their powers from the “consent of the governed,” that has become the foundation of modern democratic societies:

That to secure these rights, Governments are instituted among Men, deriving their just powers from the consent of the governed, That whenever any Form of Government becomes destructive of these ends, it is the Right of the People to alter or to abolish it, and to institute new Government, laying its foundation on such principles and organizing its powers in such form, as to them shall seem most likely to effect their Safety and Happiness.

Continue with Part 6 here: “Look to the Things Unseen“ 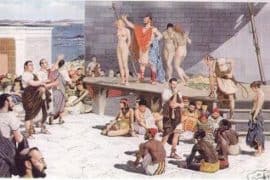 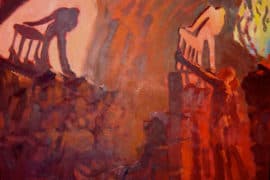