The braided hair of a Jewish woman was found at Masada but until recently no example of preserved hair from a Jewish male had ever been found from the late 2nd Temple period. This discovery is one of the many fascinating, but less publicized finds of the 1st century “Tomb of the Shroud,” discovered in the summer of 2000 just outside the Old City of Jerusalem. The secrets this tomb continues to yield are many, including recent correlations with the DNA test results from the Talpiot Jesus tomb. 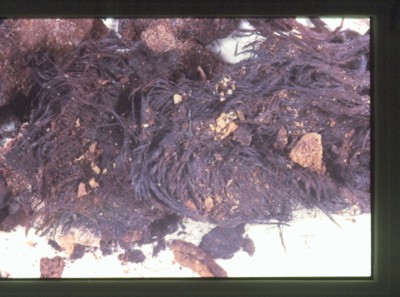 Many of the most interesting archaeological discoveries are accidental. There seems to be an unwritten axiom, those who seek never find, and those who find were not seeking. I have participated in over 20 seasons of excavation at five different sites over the past 25 years and I can’t count the times when suddenly, “out of the blue,” one of our students, volunteers, or a staff member, suddenly finds something significant–totally unexpected! Such was the case with the 15 line ostracon at Qumran in 1996, the engraved 1st century menorah we found at Sepphoris in 1999, or the mysteriously inscribed stone vessel at Mt Zion in 2009.

I have to say that until our recent discoveries in the Talpiot “Patio” tomb (see here for further reading) the most exciting find in which I have been involved had to be the wholly accidental late night discovery of the freshly robbed tomb in Akeldama, in the Valley of Hinnom, just south of Jerusalem. It was June 14, 2000. Shimon Gibson and I were hiking just south of the Old City with five of our students, showing them some of the abandoned 1st century tombs of that area. We had been in Israel for two weeks excavating at the Suba “John the Baptist” cave. We suddenly and unexpectedly came upon a freshly robbed entrance to one of the many 1st century tombs that are in that area–many of them still sealed. We could see broken ossuaries, scattered bones, and displaced soil where the invaders had removed the blocking stone to the tomb and tunneled inside.

The rest is now history. This amazing three-level tomb, cut into bedrock, contained in a lower niche or kokh, the partially preserved skeletal remains of a male with a badly deteriorated cloth burial shroud still visible! We could hardly believe our eyes. Joe Zias, whom we told about the discovery the next day, was so sure the cloth had to be a later reburial swore that he would eat his “hat”–a plastic cyler’s hat at that–if our cloth turned out to be ancient. 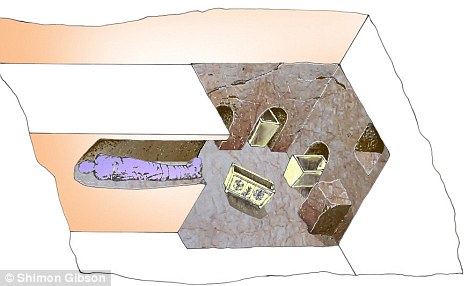 I had the cloth dated at the University of Arizona C-14 lab. Douglas Donahue, the same scholar who tested the Shroud of Turin, dated our cloth–it came out 1st century CE, and made headlines around the world, see “The Only Authentic 1st Century Burial Shroud Ever Discovered in Jerusalem,” and news stories  here and here. Although 1st century cloth has been found at Masada and in caves in the Judean Desert, nothing of this sort had ever been found in Jerusalem. Apparently that niche, sealed with a blocking stone, had a geological fissure that kept water from seeping in and rotting the material.

The tomb had any number of interesting features. DNA studies were done on all the individuals represented in the tomb–the first time, so far as we know, that this had even been done in an ancient Jerusalem tomb of this period. Textile analysis was done on the cloth–it turned out to be a layered mixture of linen and wool. [1]I should point out that the two types of cloth were not woven together but lined or layered, thus avoiding any halachic violation of shatnetz,  the Torah prohibition of mixing wool and linen. Perhaps the most surprising find was that our shrouded individual, a male, had Hansen’s disease–leprosy–the 1st documented case from the ancient world in this region. Gibson, Zissu, and I published our preliminary results later that same year [2]“Jerusalem—Ben Hinnom Valley,” with B.Zissu, S.Gibson, Hadashot Arkheologiyot (Jerusalem: Israel Exploration Society, 2000), Vol.III, pp. 70*-72*, Figs.138-139. and in 2009 a complete scientific study appeared in the on-line journal PLoS One, available for download here.

One of the more fascinating finds in this tomb, one that has not received much attention, was the preservation of a sample of Jewish male hair. The hair was lice-free, and trimmed or cut evenly, probably indicating that the family buried in this tomb practiced good hygiene and grooming. The length of the hair was medium to short, averaging 3-4 inches. The color was reddish.

The Tomb of the Shroud continues to offer more surprises. We recently noticed that the mtDNA tests for two sets of two of the individuals each from this tomb are a match for the results of individuals from the Talpiot Jesus family tomb–-one set matches the skeletal materials taken from both the Yeshua and the Mariamene ossuaries, while the other set matches remains taken from the Marya ossuary. We are now doing further tests including on the hair itself.

What the implications of this might be, and whether there is any possible relationship between these two families, remains to be explored. We know from literary sources that that James, the brother of Jesus, was initially buried Kidron/Hinnom Valley area, near the place where he was thrown down and murdered from the southeast corner of the Temple compound. [3]According to Hegesippus, quoted in Eusebius, Church History 2.23.18, compare Jerome, Famous Men in Patrologia Latina 23. 613-615  In 351 C.E., according to one late legendary Latin source, presumably based on an older Greek text, Cyril, bishop of Jerusalem, took the bones of James, “in a chest” along with the skeletal remains of Zechariah and Simon, from a cave in the Kidron Valley area.  He then moved them to the Western Hill, today called Mt Zion, while a chapel was being built to memorialize the spot of the death of James, whereupon the remains were placed under the altar. [4]See Jerome Murphy-O’Conner”Where Was James Buried? Bible Review 19:3, June 2003 For one particularly tantalizing possibility, see Shimon Gibson’s speculations regarding the James ossuary being stolen from the Akeldama “tomb of the Shroud.” [5]See Shimon Gibson, “A Lost Cause: A Response from Shimon Gibson on the James Ossuary Inscription” Biblical Archaeology Review 30:6 (2004) 55-58. 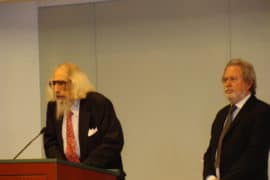 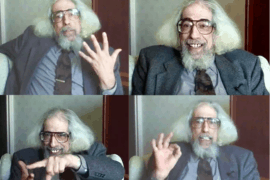