Michael Servetus (aka Miguel Serveto) is surely one of the most remarkable men of history, though he is largely unknown in general circles. He was born in Spain in 1511 and died in 1553, at age 42, burnt at the stake as a heretic by John Calvin’s Geneva Council. He was a brilliant scientist and his field was primarily medicine, but it was his theological views that led to his universal condemnation by both Catholics and Protestants. Servetus rejected the doctrine of the Trinity, and although he maintained belief in the virgin birth, he denied that Jesus was God. He was fluent in Greek, Hebrew, and Latin, and in his primary work, De trinitatis erroribus (“On the Errors of the Trinity”), he ably argued that the Bible itself, in neither Old Testament nor New Testament, supported the subsequent Trinitarian notion of Jesus as God.

Servetus has even penetrated the Evangelical Christian world after 500 years. Evangelical writer Kermit Zarley, under the pen name of  “Servetus the Evangelical,” published a book titled The Restitution of Jesus Christ. You might know Zarley’s name as a PGA professional golfer from a few years ago. You can visit his website at servetustheevangelist.com. Zarley’s work is impressive, all 600 pages. It is thoroughly researched and documented, and fully in touch with the massive amount of scholarly discussion currently available on the “Christology of the New Testament.”

In fact there is a growing “biblical unitarian” or “One God” movement that is making significant inroads within a variety of evangelical Christian circles. See the following links for a few examples:

The Biblical Roots of Millennialism and the Book of Revelation
John of Brienne, Templar “King of Jerusalem” and the Talpiot “Jesus” Tomb 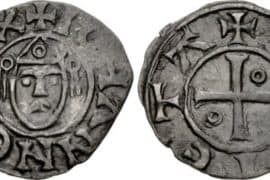