Someone just posted a comment on my article dealing with the forged ending of the Gospel of Mark, which most scholars take as a late addition to Mark’s otherwise masterful literary work. The traditional ending, now found in the King James Version, is one of three bogus endings, each of which “ruins” the original ending and skewers our understanding of how the traditions about the empty tomb and Jesus’ resurrection developed over the course of several decades. Anyway, here is the comment, damning me as a “wolf in sheep’s clothing” to the fires of Hell:

What is PATENTLY FALSE is not the Ending of Mark but all the ignorance and lies used to reject it, like this dumb article demonstrates.  All anyone has to do is read John William Burgon’s THE LAST TWELVE VERSES OF MARK, written over 130 years ago.  This textual scholar extraordinaire vindicated the reading factually from all the apostates who were trying to remove it from the Scripture.  Nothing since has come that overturns Burgon’s evidence.  Burgon was a REAL CHRISTIAN, born of the Spirit, and who knew the Scripture needed to be defended from all the unregenerate children of Hell, the wolves in sheep’s clothing who were attacking it.

You can read my article on “The Strange Ending of the Gospel of Mark and Why It Makes all the Difference,” here, as well as a second article dealing further with the implications of Mark’s original ending, “Why People are Confused About the Earliest Christian View of Resurrection of the Dead“. Of course this reader has no idea that every academic who has dealt with this topic is thoroughly aware of Burgon’s work and most of us consider it unconvincing–not because we have ignored it, but because it does not stand up.

Fortunately we live in an era of post-Enlightenment scholarship where we can have civil discussions of such matters. Thank God the Inquisition is past history–we hope! Can you imagine if folks of this mindset ever had any real power or control over our freedom to critically read and evaluate the New Testament Scriptures? A very scary thought. In the meantime one does find on all social media this kind of uncivil ugliness motivated by those who suppose their views should become enshrined as “truth,” while damning those who disagree to Hell.

Let’s hear it for academic freedom and and a critical-historical exploration of Christian Origins!!

I have recorded a video lecture course on the Gospel of Mark that will be released early in 2023. Stay tuned for full information on that. In that course I show clearly why the original text of Mark ends at chapter 16, verse 8.

For further information on the course see: 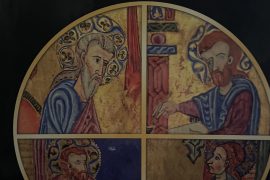 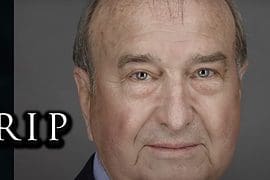