The well-worn admonition to “put Christ back into Christmas” raises some fascinating issues for those of us who study the origins and history of Christianity. Most know that Christmas as celebrated today has evolved over the centuries, drawing from a diverse and rich assortment of customs, none of which go back to Jesus. The season itself can be traced back to the Roman Saturnalia, which was the birthday of Saturn, celebrated at the end of December and corresponding to the Winter Solstice. Many ancient cultures celebrated the “return of the sun” and the sure promise of spring. Our most popular customs today such as gift giving, the decorated Christmas tree, Santa Claus, wreaths, and mistletoe can be traced back to various European cultural roots.  But “Christmas” means the “Mass of Christ,” and nativity scenes, Christmas carols, and church services  mark the religious holiday today. 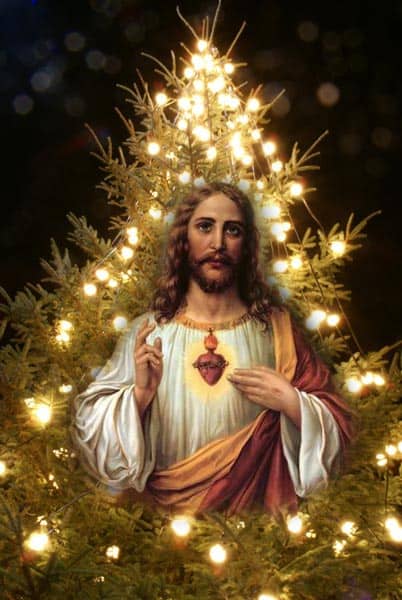 Is Christmas really the birthday of Christ? And is it a “Christian” holy day? Our best evidence indicates that Jesus was more likely born in September rather than December, so his birth has nothing to do with the later holiday as it developed. More important, Jesus was a Jew not a Christian. His Hebrew name was Yehoshua, a fairly common Jewish name of his time, born of his Jewish mother Miriam and his father Yehosef—known to us of course as Mary and Joseph. Jesus would have grown up with Jewish holidays and customs—including Passover, Rosh HaShanah, Yom Kippur, and Hanukkah in late December. The gospel of John mentions all of these festivals, including Hanukkah, which Jesus celebrated in Jerusalem the last winter of his life.

As a Jew living in Roman-occupied Palestine he would have perhaps been familiar with the celebration of the Roman Saturnalia—since Judea had a series of Roman governors during his lifetime and even in the Galilee, where he grew up, the sight of Roman troops was a familiar one. Both Herod the Great and his son Herod Antipas had built the thoroughly Roman cities of Caesarea, Tiberius, and Sepphoris in Jesus’ lifetime. The archaeology of the period has amply demonstrated that Greco-Roman culture was widespread and influential. It is evident in the style of the buildings, the clothing, and many artifacts of daily living.  The Jewish city of Sepphoris, only four miles north of Jesus’ hometown Nazareth, was complete with theater, amphitheater, and Roman baths. The contemporary Jewish historian Josephus called it the “jewel of all Galilee.” If Jesus  knew anything about Roman festivals he would have surely considered the celebrations of the Winter Solstice to be alien and pagan.

But what about Christmas as it came to be understood—the celebration of the incarnation of the virgin-born Son of God as Savior of the world? What would Jesus do—or think—about all that? Here we enter the complex area of what scholars call the “quest for the historical Jesus.” In other words, how does one separate the Christ of Christian faith and tradition from the Jesus of history? Is there any evidence that Jesus as a Jew in his own time would have  endorsed the later theological affirmations of Christianity, such as those found in the Apostles Creed?

Many historians are convinced that it is the apostle Paul, not Jesus, who should be credited as the founder of Christianity. Paul never met Jesus but he based his gospel message on a series of clairvoyant visions and revelations that he experienced some years after Jesus’ death. Paul’s letters are the earliest documents in the New Testament, predating even the Gospels. In those letters we encounter a portrait of Christ as the divine Son of God and Savior who was “born of a woman,” taking on human flesh, living without sin, and dying as an atonement for the sins of the world. Paul’s Jesus was the heavenly Christ whom he expected to return in his lifetime. The theological understanding of Jesus that is largely drawn from Paul influences even the New Testament Gospels of Matthew, Mark, Luke, and John. Although they come first in the New Testament they are among the last documents written—in the last decades of the 1st century when Paul’s understanding of Christ predominated.

Perhaps the deepest meaning of Christmas might lie beneath the popular customs of our culture and the  overlay of Christian theology. If we sift through the texts as archaeologists sift through the material layers of human habitation we might well find  Jesus as a Jew in his own time and place, defining the “kingdom of God” as the will of God done on earth as in heaven. This  was the Jesus who denounced the corrupt societal norms of power, wealth, and oppression, and called for a radical change that broke down the barriers of class, gender, and privilege. This  was the Jesus who taught love of God and love of neighbor as the heart of true religion and cited the “Golden Rule” as a summary of all of God’s commandments—a Jesus who even called for “turning the other cheek” and loving enemies. Such a focus on the historical Jesus, in contrast to the Christ of theology, might  help us to better address the question this Christmas season—what would Jesus do?

‘Tis the Season: Paul and the Invention of Christmas
Ebionites & Nazarenes: Tracking the Original Followers of Jesus